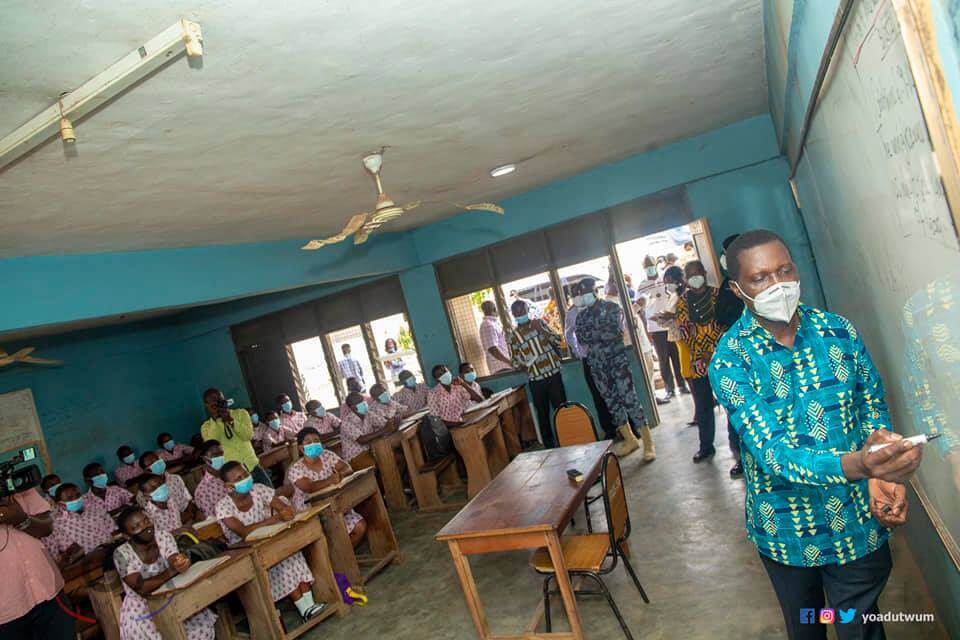 His Excellency Nana Addo advising teachers on how they can make a contribution to the welfare of society encouraged them to aside teaching do other jobs that will fetch them enough money.

“Nevertheless I don’t think anywhere in the world that people go into teaching and expect to become millionaires and make money if you want to do that you do other things,” the President of the Republic told teachers.

But, the Education economist and policy analyst in a social media post sighted by EducationWeb.com.gh has told teachers in the country to leave the classroom to join politics for 2 years and return back to teaching

“Dear Teacher, as oga talk nu, if you want to make a million cedi, leave the classroom and join politics for 2 years. You can return afterwards,” he stated in the post.

Teachers have described unfortunate and discouraging the comment of the Commander in Chief of the Ghana Armed Forces adding that his words were inconsiderate.