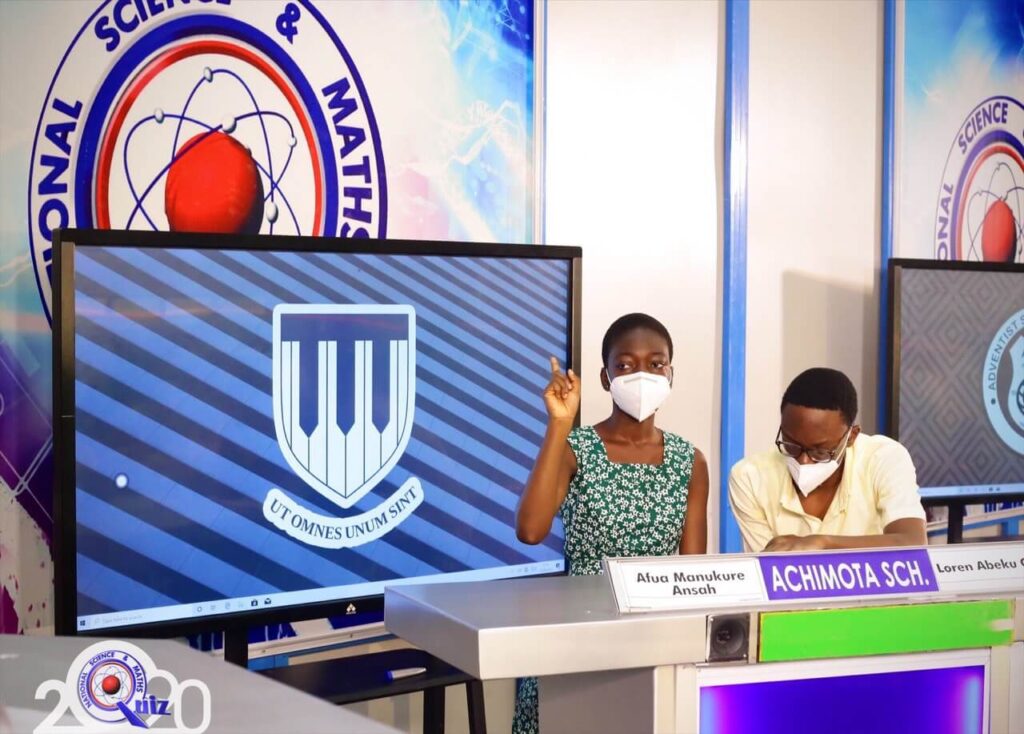 Rastafarian 2020 BECE graduate, Tyrone Iras Marhguy after taking legal actions against the Achimota School for denying him admission amid his long hair has said he was hoping to win Motown the popular NSMQ trophy.

The 17-year old dreadlocked first-year student disclosed this in an interview with Ameyaw Debrah on Ameyaw TV monitored by Educationweb.com.gh.

Tyrone speaking to Ameyaw TV said his class teacher considering his performance encouraged him to choose the Accra-based Achimota School as his first choice of Senior High School during the school selection process.

According to Marhguy, other schools he chose aside from Achimota SHS were St.John’s Grammar SHS and Odorgonno SHS adding that he didn’t know much about Motown but was impressed after research on the school.

“I wanted to know everything about the school so that when someone says his/her Senior High School (SHS) was better I would say, don’t go there because Achimota is way much better,” he told Ameyaw Debrah.

“I also watched their NSMQ performance and I was like Achimota is prestigious and could do better. I think it’s been about 17 years without an NSMQ trophy, they could do better and at least I could contribute greatly to that.”

Meanwhile, Tyrone Iras Marhguy in a lawsuit has asked an Accra high court to direct the Achimota School Management to admit or enrol him immediately into his dream school for him to staracademic activities.

READ ALSO: Flashback: I’d be selling charcoal if not for education – Ursula Owusu

The dread student in addition has requested compensation from the Accra-based Achimota School for the “inconvenience, embarrassment, waste of time, and violation of his fundamental human rights and freedoms.”