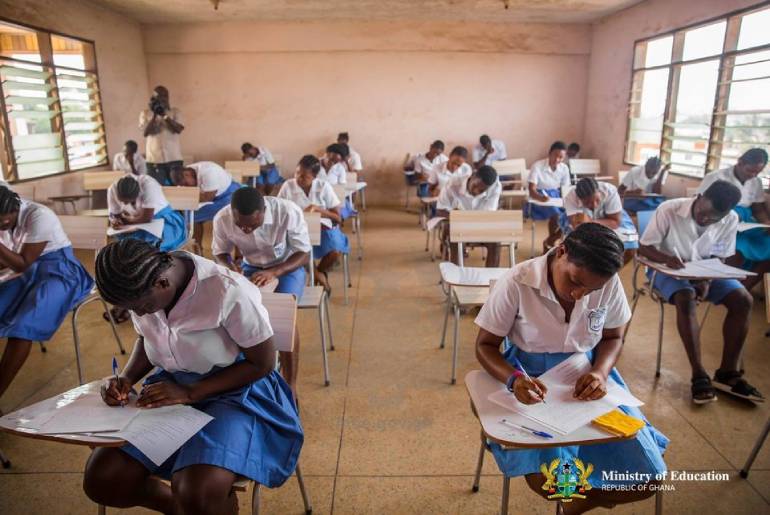 According to a spokesperson for the West African Examinations Council (WAEC), her outfit does not set two or more versions of questions for a particular subject as widely speculated by many candidates and the general public.

It is over the past decade believed that the Examinations Council set multiple sets of questions for a particular subject and that it’s able to replace any set of the examination questions that leaks before the conduct of a subject paper.

But, speaking in an interview monitored by EducationWeb.com.gh, the Director Public Affairs – WAEC, Mrs Agnes Teye-Cudjoe said that is not the case on the side of the Council adding that such an exercise is a huge task for WAEC.

She explained the number of candidates in the country that partake in any of the examinations administered by the Examination Body each year will make it difficult for WAEC to print a different set of questions for each subject.

“That perception that WAEC sets multiple exam questions for a particular subject is never true. Last year 530,000 candidates registered for an examination so how can we print 530,000 questions two or three times,” Mrs Agnes said.

Mrs Agnes Teye-Cudjoe, the Head of Public Relations for the West African Examinations Council (WAEC) stated her outfit set the national examination questions are only once and if it leaks nothing can be done about it.

“We can’t have our officials on the field with two or three sets of questions so that when something happens we’ll say, hey, change and give the candidates the other set. It is just not possible,” the Council’s spokeswoman added.