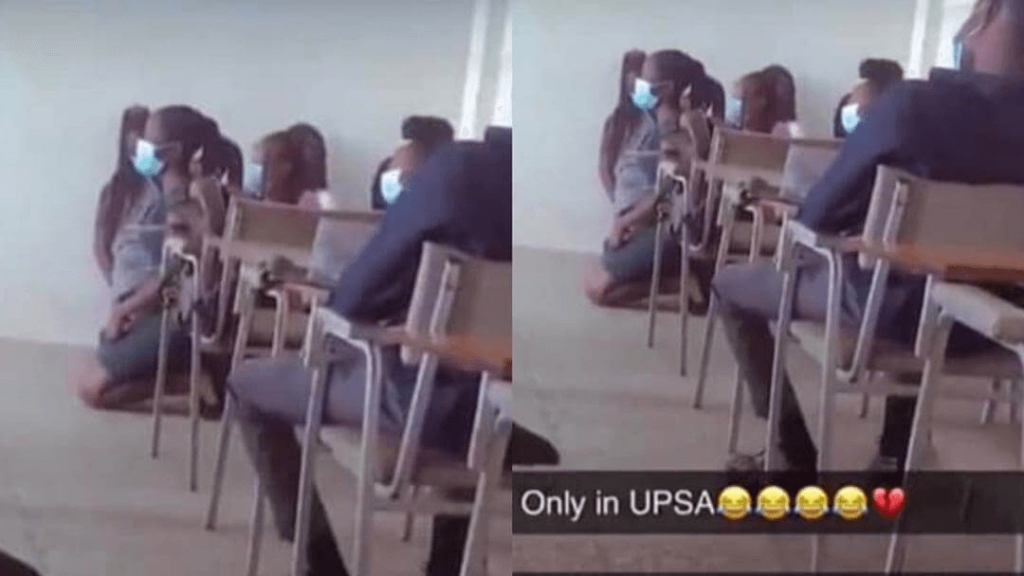 The Management of the University of Professional Studies, Accra (UPSA) following a viral video that shows some UPSA female students kneeling in front of a lecture room has said it is investigating the unfortunate incident.

The said audio-visual sighted by EducationWeb.com.gh and circulating on social media is captioned “only in UPSA”.

Authorities of the Accra-based university in a communique said they are appalled by the viral video of their students and strongly condemned the action.

“We assure members of the university community and the general public that we are actively investigating this incident,” the Registrar of UPSA, Dr Koryoe Anim-Wright stated in the communique.

According to the University of Professional Studies, Accra (UPSA), persons found culpable will be taken through the disciplinary process and face the force of sanctions as outlined in our statutes.