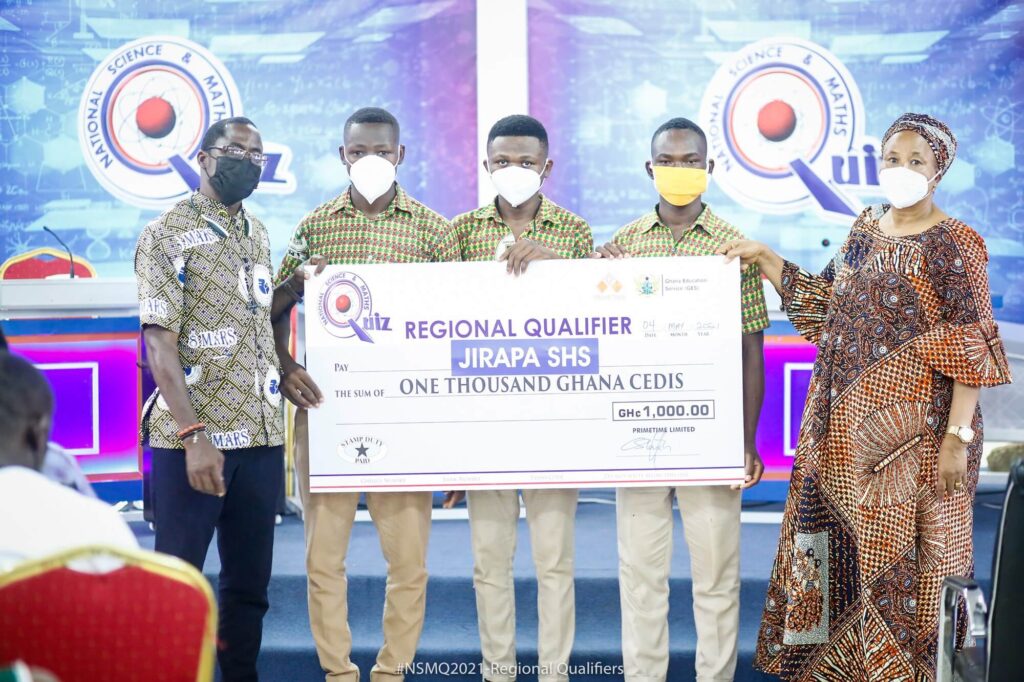 Primetime Limited, the producers of National Science and Maths (NSMQ) after several stages of the Regional qualifiers competition has mentioned 5 Senior High Schools as the NSMQ qualifiers from the Upper West Region.

Each of the 5 Senior High Schools from the Upper West Region on Tuesday received GH₵ 1,000.00 from organizers of the most-watched television quiz program for their outstanding performance in the just ended competition.

They will represent Upper West Region in the national championship of the 2021 edition of the NSMQ slated for later in October 2021.