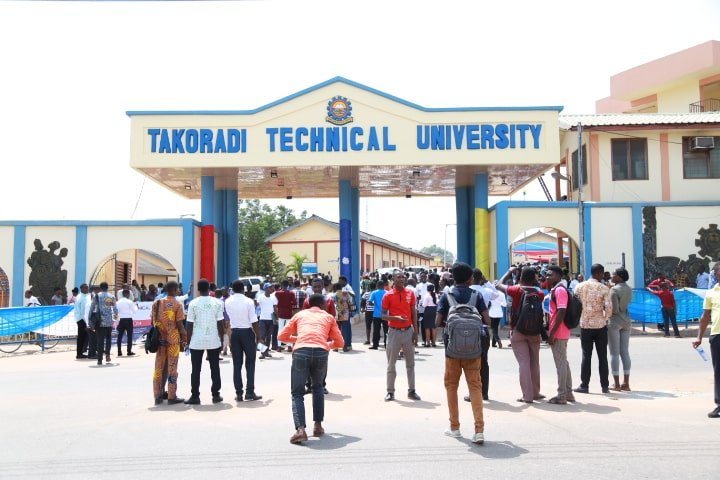 The Management of the Takoradi Technical University (TTU) says it has postponed the submission of log books and attachment reports of prospective students of the university who have undertaken the industrial attachment.

In a communique sighted by EducationWeb.com.gh, the Management said the submission will take place on the first week of the reopening of the Takoradi Technical University (TTU).

“All students who have undertaken the industrial attachment should kindly note that submission of log books and attachment reports has been postponed. Submission will take place the first week of reopening,” TTU stated.

The Takoradi University however said students with resit in industrial attachment are to submit their log books at the industrial Liason Office and Reports at their respective departments from September 27 to October 1, 2021.

TTU is a public tertiary education institution located in Sekondi-Takoradi, the capital of the Western Region. It was established as a government Technical Institute in 1954 and became part of the State Tertiary Education System.

Later after the passage of the Polytechnic Law of 1992 (PNDCL 321). It was replaced by Polytechnics Law (Act 745) in 2007. In 2016, a bill to convert 6 out of 10 polytechnics including TTU into a fully-fledged university was approved.