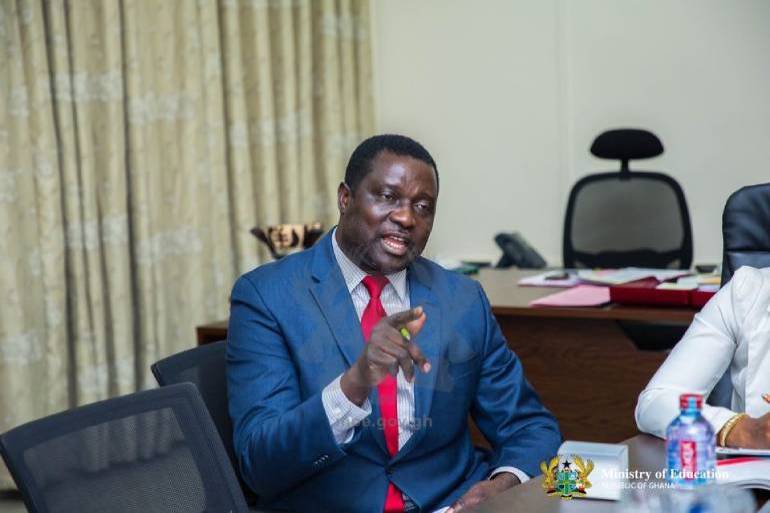 The Ministry of Education (MoE) following claims the government in next year will cancel the nursing and teacher trainees allowance has urged members of the public to disregard the false report circulating on social media.

The viral publication the Education Ministry has described as false said the government effective 2022 academic year will not pay allowances to nurse and teacher trainees saying the cancellation excludes feeding components.

“Feeding components will still be released to the various Colleges of Education (CoEs) and institutions to prepare meals for the students,” the publication stated citing that the government has no money to continue the operation.

Denying the report in a social media post sighted by EducationWeb.com.gh, the spokesperson for the Education Ministry Mr Emmanuel Kwasi Kwarteng said that no such decision has been taken by the Ministry of government.

“We wish to place on record that no such decision has been taken by the Ministry of Education or Government of Ghana (GoG). The Ministry or government remains committed to paying trainee allowance,” the spokesman stated.

The Ministry of Education (MoE) consequently has entreated members of the general public and trainee’s in various public tertiary institutions benefitting the allowance to treat any such information as false and untrue.

President Nana Addo Dankwa Akufo-Addo led the government in 2017 fully restored the nursing and teacher trainee allowances the erstwhile John Mahama scrapped in 2014 during his time as the President of the country.

“When we come into the office the very first budget before March 2017, we will restore the teacher training and nursing training allowance,” the Vice-President of the Republic, Dr Mahamudu Bawumia told the media in 2016.