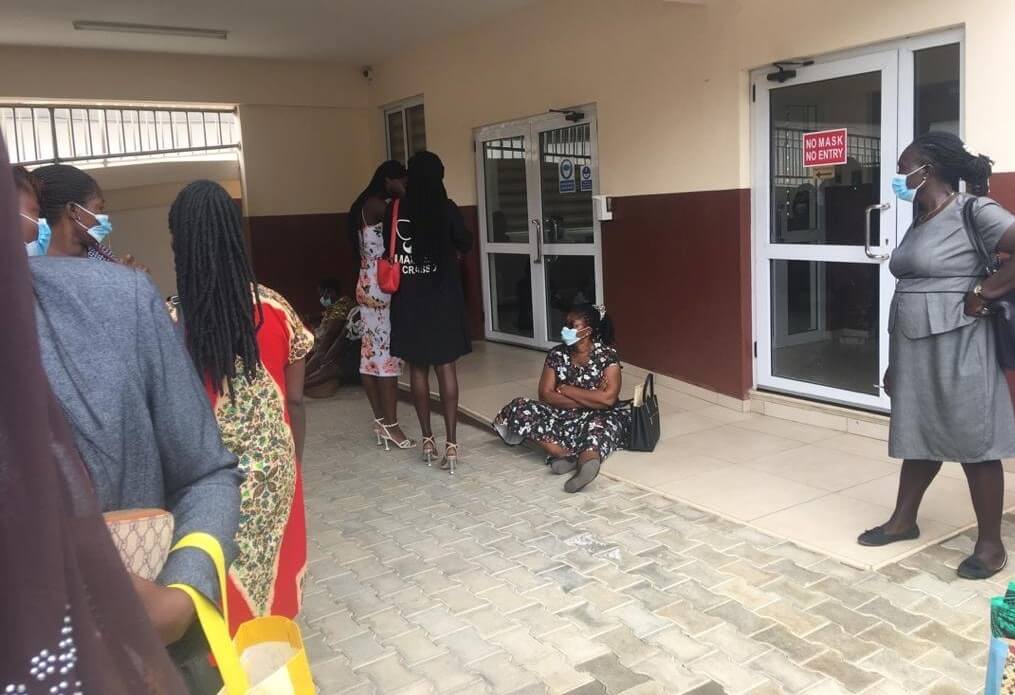 Some teachers who sat for the 2021 February teacher promotion examination and passed but were later failed have gathered at the premises of the GES office to express their displeasure regarding the issues with their results.

The teachers numbering close to 300 said they would linger on at the Ghana Education Service (GES) premises until they received word about when they should return for their promotion letters and upgrades.

They speaking to journalists said the Education Service has treated them unfairly after asking them to submit some documents for promotion as passed staff of the examination but only to discover that they have been failed.

“In any case, the Ghana Education Service (GES) could not have requested unsuccessful applicants to submit documents for further verification, It is our opinion that the GES has not been fair to us,” they told the media.

According to the teachers, their failure is a calculated attempt to deny them promotions for reasons best-known to GES but should they not be promoted by Friday, July 17, 2021, they will embark on further action.

Meanwhile, the Director-General of the Ghana Education Service, Prof Kwasi Opoku-Amankwa has said another promotion test in due course will be conducted for teachers who failed the February teachers promotion examination.

He in an interview monitored by EducationWeb.com.gh said his outfit in August this year will conduct the second phase of the test for eligible teachers who unfortunately could not pass the just ended February promotion test.