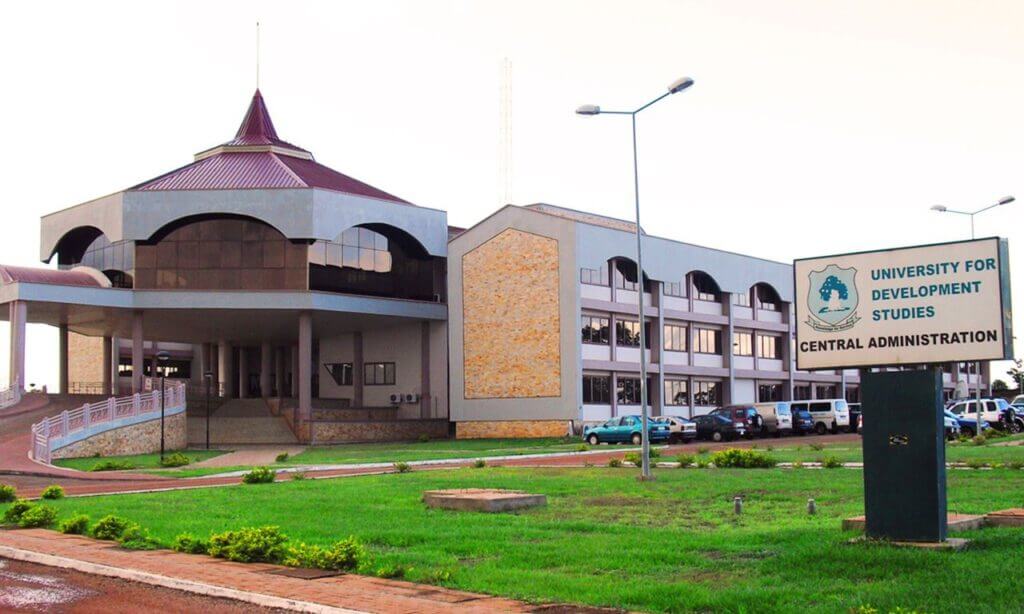 The University for Development Studies has said more than 11,000 Free SHS graduates who gained admission to study various programs at UDS did not show up after the school reopened for the new academic year this year.

The Vice-Chancellor of UDS speaking at the 28th matriculation ceremony last Friday indicated 16,763 applicants were offered admission into the university for the 2020/21 academic year but only 5,518 honoured it.

“Out of a total of 22,609 undergraduate and 939 postgraduate applications, 16,763 and 512 students respectively were admitted. However, only 5,518 undergraduates and 355 postgraduates accepted the offer,” UDS Professor Ayum Teye stated as quoted by Graphic.com.gh.

Despite some applicants refusal to enrol in the university, the Vice-Chancellor said his outfit has put in place measures to establish additional campuses after losing the Wa and Noverongo campuses.

Professor Ayum Teye advising the newly admitted students on how they can be good students on campus said “The university is totally against the activities of unregistered clubs and associations. Occultism and other anti-social and non-conforming practices are outlawed in this university.

He added that “Any student found to be engaging in any form of occultism shall face full rigours of the university’s rules and regulations.”