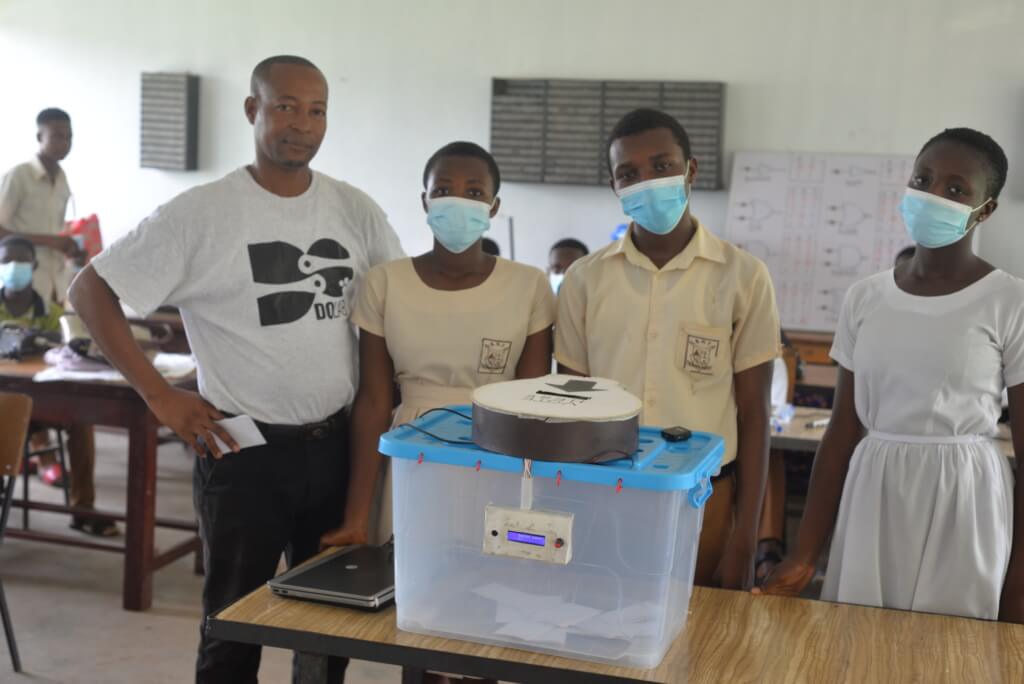 Some prospective students of the Ashanti-Region-based Obuasi Senior High Technical School (SHTS) in a move to help address challenges during voting including multiple voting have come up with a smart ballot box.

The ballot box according to the students displays the total number of ballot papers in the box and also prevents eligible voters from voting twice.

Explaining how the modern box works, the Senior High School technical students said “the smart ballot box has two compartments; the part that takes the paper from the voter and the box itself

When the voter is about 40cm to the ballot box, the paper compartment is activated to allow the voter to cast his ballot. A red light is shown to alert the voter that the system is ready

When the voter places the paper on the space provided, the system will automatically take the paper from the voter and drop it into the box and count it as one (1) and display the number on a screen for public viewing. Subsequent votes will be counted and total votes displayed on the screen.”

The Head of the Robotics Club Mr. Solomon Nchor in a blog post sighted by Educationweb.com.gh, has said he believes the project will solve challenges associated with voting processes in Ghana and the world at large.