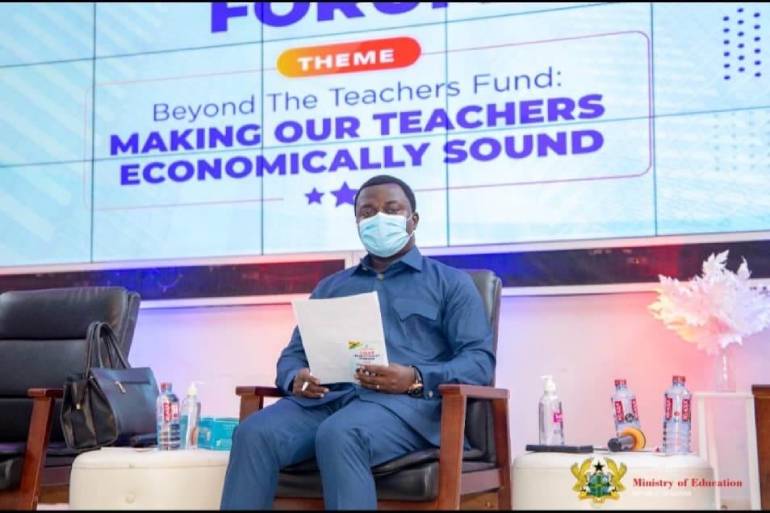 Deputy Minister in charge of Education, Reverend John Ntim Fordjour says plans are underway for the central government to establish a state of the art STEM universities in the five newly created regions in the country.

Speaking at the investiture of the Vice-Chancellor of the University of Environment and Sustainable Development, Professor Eric Nyarko-Sampson, Ntim said the move forms part of an effort to expand and promote STEM education.

“It is in line with this policy that the government has programmed finances to establish five (5) STEM universities in 5 newly created regions starting this year,” the Reverend Minister disclosed at the Professor’s investiture ceremony.

He indicated the Akufo-Addo led government as part of STEM promotion has constructed 10 STEM high schools and a STEM academy to take care of the pre-tertiary level to ensure the country attains its strategic objective by 2030.

“Our strategic objective is having a 60/40 science to humanity ratio as against the current 40/60 in favour of humanity, to this end be assured most sincerely that your proposal will receive rapid attention,” the Education Minister stated.

In a related story, Ashanti-Region-based Bosomtwe Girls STEM High School which forms part of the Akufo-Addo government’s efforts to increase science enrollment at the secondary level has begun the admission of new students.

The opening of the STEM school comes after Dr Adutwum, the Minister for Education who doubles as Bosomtwe Member of Parliament Friday joined the management of the school to welcome the newly admitted students.

‘It was an exciting moment for me on April 22, 2022, when I joined the school management to welcome newly admitted students to the Bosomtwe Girls’ Science Technology Engineering and Mathematics (STEM) SHS,” he said.

The state-of-the-art boarding school located in Bosomtwe the Teaching Minister in a social media post sighted by EducationWeb said is among the ten new STEM boarding schools currently being built across the country.

“The operationalization of these STEM Senior High Schools are part of the government’s efforts to increase science enrollment in our secondary schools from the current 12%,” Honourable Yaw Osei Adutwum told the fresh students.