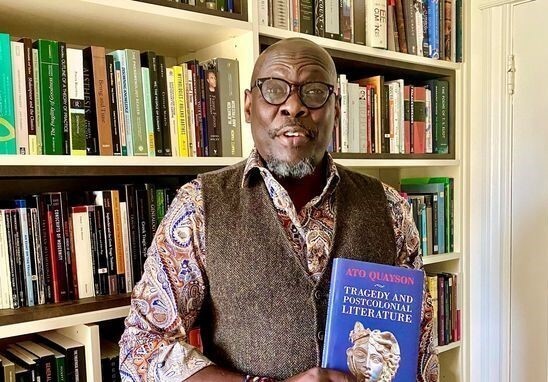 Ghana’s very own, Professor Ato Quayson has unanimously been appointed to the full headship of the Department of English of America-based Stanford University from the fall of 2021, Educationweb.com.gh can confirm.

Professor Ato Quayson had his primary education at St. Theresa’s School in North Kaneshie, Accra, and did his Ordinary and Advanced Levels GCE at Apam Secondary School, in the Central Region.

From Cambridge, the Educationist went to Oxford University, where he held a Junior Research Fellowship at Wolfson College, before returning to Cambridge to become a Reader in Commonwealth and Postcolonial Literature in the Faculty of English from 1995-2005.

Prior to Stanford, he was Professor of African and Postcolonial Literature at New York University (2017-2019) and Professor of English and inaugural Director of the Centre for Diaspora and Transnational Studies at the University of Toronto (2005-2017).

In 2016 he was appointed University Professor at the University of Toronto, the highest distinction that the university can bestow. He has written and published extensively, including six monographs and 8 edited volumes.