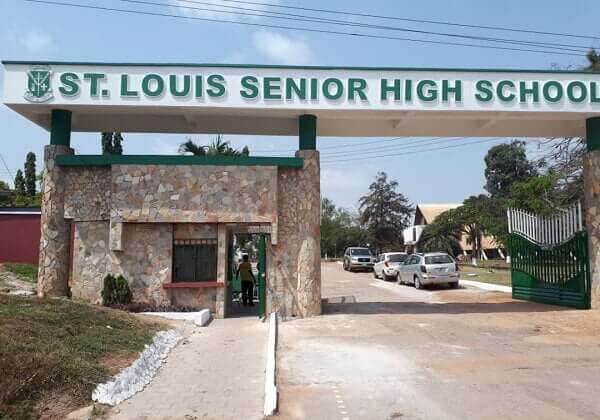 Final year students of the Kumasi-based St. Louis SHS Monday night staged a demonstration after Management of the all-girls school directed for SHS 3 boarding students not to go home but observe the GES mid-break on campus.

The Ghana Education Service in an earlier statement had announced for students to go home but later on, the advice of Ghana Health Service ordered for the Form 3 students to remain in school over concerns of Covid in some schools.

But, the Louis girls reacting to the announcement gathered at the headmistress’ residence to stage a protest on campus over the cancellation of the mid-semester break which takes effect Tuesday, July 20, 2021.

A student of the school who spoke to EducationWeb.com.gh on condition of anonymity said “they upon hearing the Monday announcement to go home prepared only to hear later that boarding students should stay on campus.”

According to the final year student, her colleagues say they are fed up with the discrepancies in the Senior High school education calendar as they have only a few months to sit for the 2021 WASSCE for School examination.

According to him, it took the police some time to convince the students to accept that their headmistress had nothing to do with the midterm break cancellation.

“Currently calm has returned to the school and the students are going about their normal duties,” he told journalists.