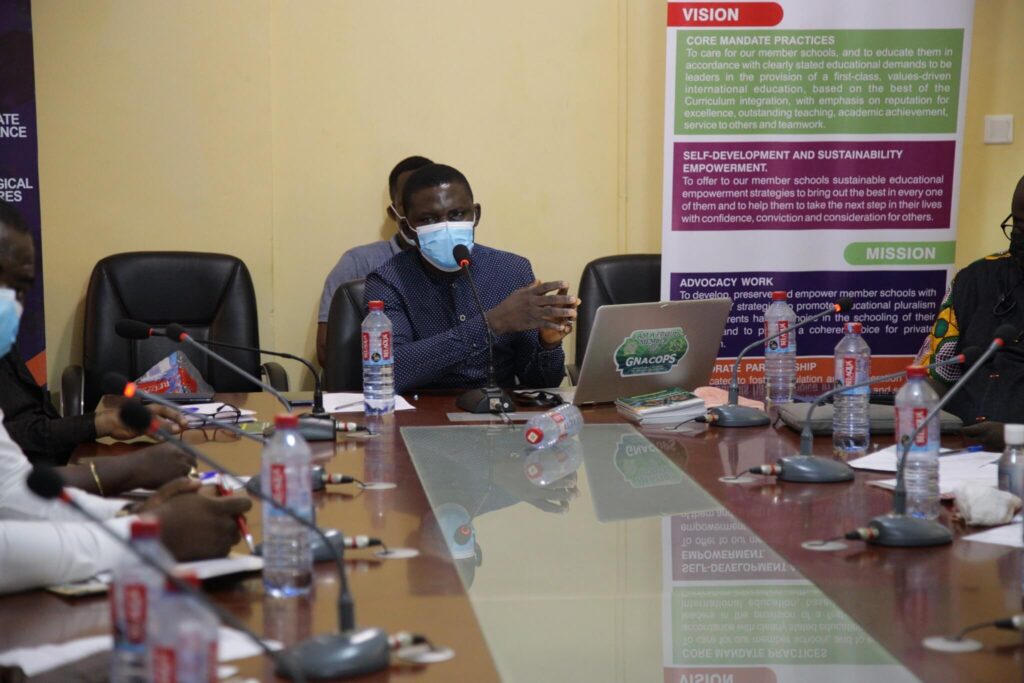 The Ghana National Council of Private Schools (GNACOPS) has alleged that some officials from the Education sector are demanding money from private schools before giving them the government procured PPEs.

The Council of private schools allegation comes after the Ghana Education Service (GES) announced a nationwide distribution of Personal protective equipment to both public and private school students across the country.

Speaking in an interview on TV3 Midday Live, Mr Enoch Kwasi Gyetuah gave an instance that at the Bono East Region precisely Atebubu-Amanten District Education office, a GES official demanded an amount of GH₵ 200 as clearance fee for the Personal protective equipment (PPE)

According to him, the unfortunate incident has been reported to the Ministry of Education (MoE) for further investigations and actions.

“So as we speak now measures have been taken to make sure the unscrupulous officials or individuals are brought to book,” he told TV3.

The National Executive Director expressed worry that most of the private schools are low fee-paying schools and have been affected financially by the outbreak of the novel coronavirus and earlier schools closure.

GNACOPS National Executive Director, Mr Enoch Kwasi Gyetuah when reached out by Educationweb.com.gh confirmed that the officials it said are from the Ghana Education Service in charge of the distribution of the PPEs.