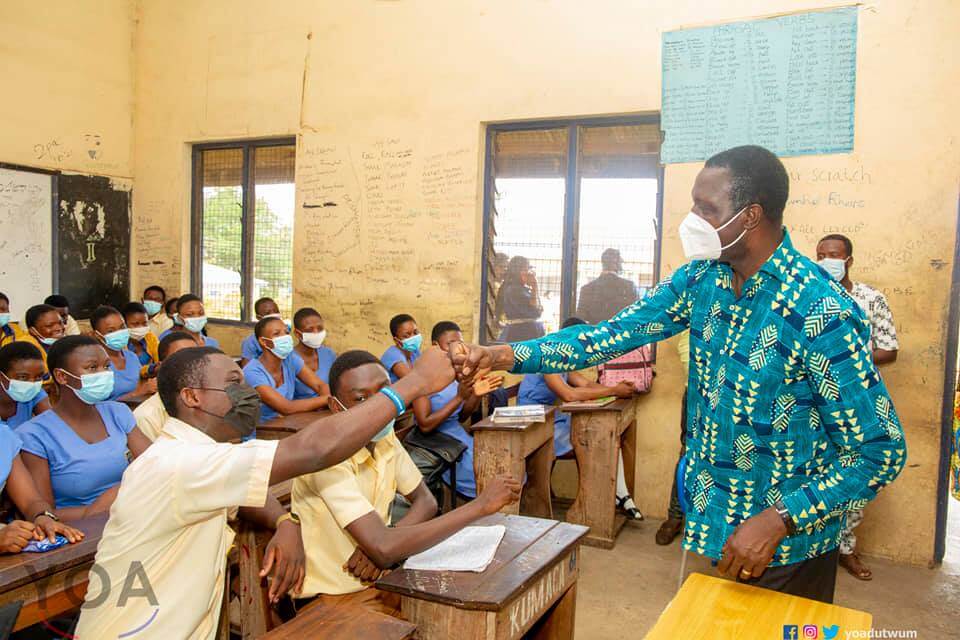 Ghanaians particularly final year students partaking in the ongoing WASSCE for School have commended the Minister for Education, Dr Yaw Osei Adutwum for pushing for grade D7 in WASSCE to be accepted for tertiary admission.

Speaking at the swearing-in and inauguration of Governing Councils of some public technical Universities, Adutwum asked heads of tertiary institutions to consider giving students with D7 admission for the next academic year.

The Education Minister and Bosomtwe Member of Parliament said aggregate D7 which means pass but many have described it as fail should not be a barrier to a student’s opportunity to further his/her education at the tertiary level.

Mr Osei Yaw said President Akufo-Addo as part of efforts to ensure all free SHS beneficiaries continue their education at the tertiary level has added more diploma programmes to the programmers offered by various institutions.

“President has set an agenda of 40%, what it also means is that you have to start looking at your programmes, more diploma programmes so that students sitting home with D7 will find a place in your institution,” Hon Yaw stated.

He added, “institutions are saying they are not getting the numbers, but what how about supporting students offering courses in diploma, electrical engineering if you support them you’re going to see the numbers going up.”

“So we shouldn’t see D7 as a barrier for students accessing tertiary. We must support them to take various diploma programmes so that after that they can go to work,” the Teaching Minister encouraged the public tertiary heads.

In line with the Minister for Education, some Senior High School (SHSs) students have said the decision is a step in the right direction to improve students’ tertiary enrollment ratio in the country for the next academic year.

However, others are of the view the Minister in charge of Education should consider improving the education system to improve the grades for admission rather than pushing for lower grades to be accepted in tertiary institutions.

The majority of the public universities in the country currently have set C6 as the least grade a final year student can get in the West African Senior School Certificate Examination (WASSCE) for School to qualify for tertiary enrollment.