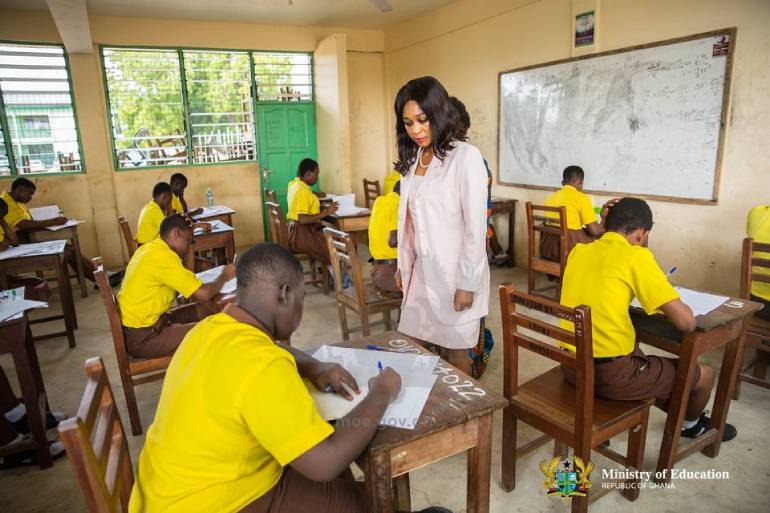 According to the Education Minister-designate, Dr Yaw Osei Adutwum there will be no cut-off point or pass mark for prospective candidates who sat for the 2020 edition of the Basic Education Certificate Examination (BECE).

This means that all 2020 BECE graduates will get admission into the various second-cycle schools in the country when the 2020 SHS placements are released by the Ministry of Education early of mid-February this year.

Dr Yaw Adutwum in an interview with Pure 95.7 FM monitored by Educationweb.com.gh said the BECE cut-off point which was aggregate 25 before Akufo-Addo introduced the Free SHS has been cancelled.

He indicated that the past Administrations introduced the aggregate 25 cut-off point or pass mark to limit enrollment in Senior High Schools.

The teaching Minister explained that this was because of insufficient facilities, a situation he noted the NPP government is currently solving to ensure the 2020 BECE graduates get admission to the second-cycle schools.

“There was never a qualification other than what was called cut-off, and the cut-off was based on space availability, but for now, there is no pass mark”

The Bosomtwe Member of Parliament furthered that the cut-off point did not mean a candidate has failed but rather it was about insufficient space in the about public 721 Senior High Schools (SHSs) across the country.

“The aggregate 25 cut-off point situation wasn’t so much about you have failed the examination, it was about there is no space for you”, he stated.

The implementation of the temporal double-track system, the Dr Yaw Adutwum said has now made it possible for every candidate to secure enrollment into any of the about 721 second-cycle institutions.