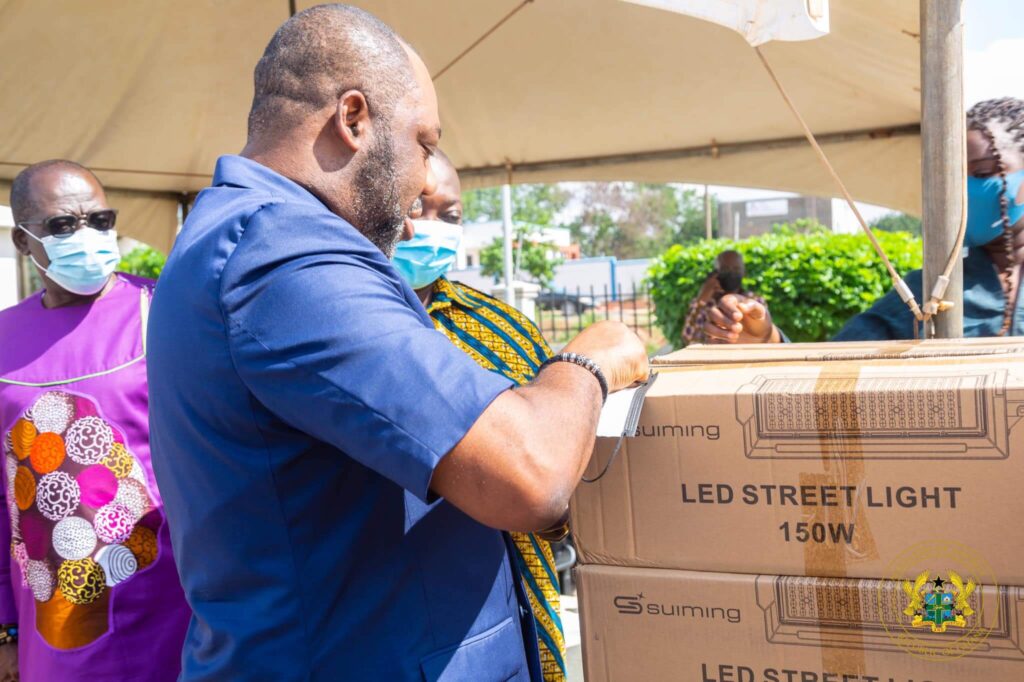 The Minister for Energy, Dr Matthew Opoku Prempeh as part of the central government effort to improve security on campuses of various public universities in the country Thursday presented LED streetlights to Vice-Chancellors.

Dr Matthew Opoku Prempeh said the presentation was in response to a request made to him by the Vice-Chancellors of the government universities to ensure a smooth and serene environment for teaching and learning on campus.

“The Ministry line with the government policy to encourage the efficient use of energy in view of the decreasing electricity costs has embarked on a nationwide Energy Conservation and Demand-side Management (EDSM) exercise.”

The Ghana-wide exercise the Energy Minister said is targeted at homes, light industry and strategic institutions including schools since their collective energy consumption account for over half of the national electricity demand.

“As part of this intervention, the Government of Ghana has decided to promote a shift from the use of incandescent, CFLs and other less efficient lighting systems to LEDs,” NAPO disclosed at the handing over ceremony.

The Minister advised the Vice-Chancellors to ensure proper maintenance of the lights saying “I am of the hope these items will improve security on campuses, enhance academic activities and other nighttime productive ventures