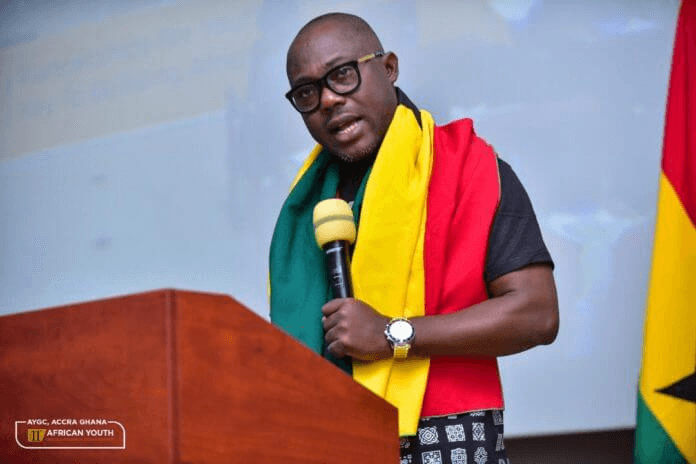 University of Ghana’s very own, Professor Ransford Yaw Gyampo after a highly competitive election later Thursday, August 5, 2021, has been elected as the new secretary for the University Teachers Association of Ghana (UTAG).

Announcing his victory in a social media post sighted by EducationWeb.com.gh, Yaw Edward thanked all his students, colleague lecturers on campus and all supporters who had a lot of confidence in him and voted him into power.

“I thank you all, especially my students, present and past, for the support. You weren’t part of those expected to vote, yet you had a lot of confidence in me, You thronged my office to pick my flyers just to go campaign for me,” he noted.

The popular the University of Ghana, Legon (UG) Professor continued that “working with my colleagues, we won’t fight with any government. But no regime will take University teachers for granted from now on.

According to Professor Ransford Yaw Gyampo, the University Teachers Association of Ghana (UTAG) under his tenure will negotiate peacefully and respectfully with any government adding that “but we will bite hard when we have to.”

“UTAG will play its role as countervailing authority to establishments and we won’t be heard only commenting on our conditions of service. We will speak up to praise the government when necessary and to, without malice and cynicism

“For close to 20 years, I have fought as one man civil society in shaping public policy. Now with the support of my people and colleagues, we can assure regimes that UTAG is going to be a more force to reckon with.

“We will strive for industrial harmony but won’t tolerate disrespect from any quarter. We won’t tolerate negotiations for better conditions that drags from 2012 to date, with meetings still being called in perpetuity,” he stated.

Professor Ransford Edward Yaw Gyampo furthered the new Teachers Association of Ghana is going to push an agenda that protects their interest, the interest of Ghanaians and makes UTAG assertive in keeping regimes on their toes.