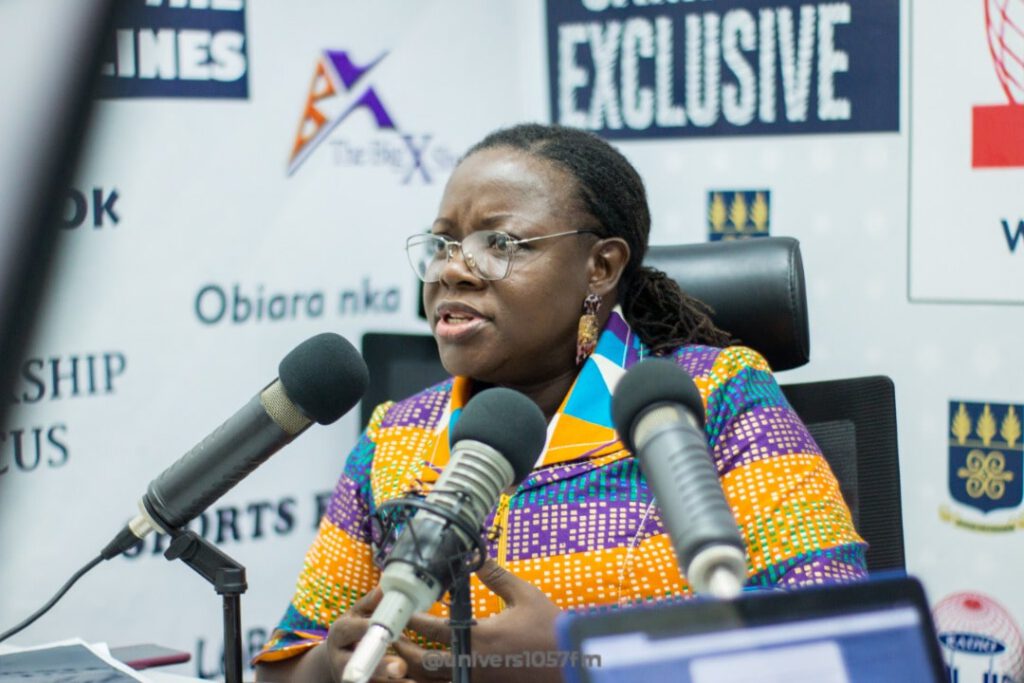 “The Pro-Vice-Chancellor in charge of Academic and Students Affairs at the University was unanimously elected by the UG Governing Council chaired by former Chief Justice, Sophia Akuffo,” a staff told EducationWeb.com.gh on Monday.

According to the UG official, the acting Vice-Chancellor from August 1, 2021, will take over the administration of the University until the time the Governing Council appoints or approve her as substantive Vice-Chancellor

Prof. Nana Aba Appiah Amfo aged 49 will not only be the first woman, but also the youngest to serve as the Vice-Chancellor of the leading university in the country if she is confirmed as substantive Vice-Chancellor by the Council.

She will be joining the likes of KNUST’s Vice-Chancellor Prof. Mrs Rita Akosua Dickson and former University of Cape Coast VC, Prof. Naana Jane Opoku-Agyemang as the first females to serve as Vice-Chancellors in the country.

An alumna of the University of Ghana, Nana Aba had her secondary education at Holy Child School and Archbishop Porter Girls’ Secondary School and moved to UG from 1991 to 1996 for a Bachelor’s degree in French and Linguistics.

prior to her appointment as Pro-Vice-Chancellor, Professor Aba Amfo served as Dean of the School of Languages, having previously served as the Head of the Department of Linguistics from 2013 to 2014.

The female Professor is currently an Advisory Board member of the Coalition of People Against Sexual and Gender-Based Violence and Harmful Practices (CoPASH) – A UNFPA supported programme.