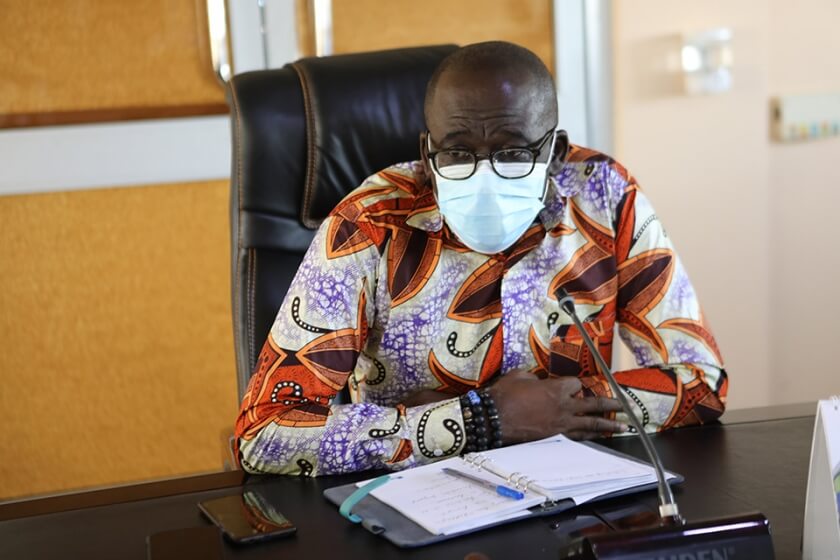 Professor Andy Ofori-Birikorang has been appointed to serve as the acting Vice-Chancellor of the University of Education, Winneba until the appointment of a substantive Vice-Chancellor, the UEW Management said on Friday.

The tenure of Rev. Fr. Prof. Anthony Afful-Broni UEW in a blog post sighted by EducationWeb.com.gh ended on Thursday, September 30, 2021, hence the need for a new VC to be appointed to manage the administration.

The Winneba Education University in the blog post added that “please be informed that the terms and conditions of service of this new office remain the same as those covering your as Pro-Vice-Chancellor in the University.”

Until his appointment as Pro-Vice-Chancellor, Professor Ofori-Birikorang was the Dean of the Faculty of foreign languages Education and Communication of the University of Education, Winneba (UEW).

For his education, Prof. Birikorang attended Amankwatia Experimental School, Kumasi for his basic school education and proceeded to Opoku Ware School, Kumasi where he gained his GCE Ordinary and Advanced Levels Certificates.

Professor Ofori-Birikorang Andy worked as a teacher in the Ghana Education Service (GES) and taught English and English Literature at Ashanti-Region-based Aduman Secondary School from 1991-1996.

He was later employed at the Social Security and National Insurance Trust (SSNIT) as a Prosecutor from 1996 to 2003 before leaving for the United States of America (U.S.A) for further studies.

The Acting Vice-Chancellor, Prof. Andy Ofori-Birikorang was employed as a Lecturer in the Department of Communication and Media Studies at the University of Education, Winneba (UEW) in May 2010.

Professor Andy Ofori-Birikorang, the father of three daughters was in August 2017 appointed as the Director of the Externally Funded Project Office (EFPO) of the University of Education, Winneba (UEW).

The following month, September 2017, he was appointed as the Dean of the Faculty of Foreign Languages Education and Communication, a position he has held until this election to the office of the Pro-Vice-Chancellor.

Prof. Birikorang is very passionate about teaching and sees the profession as his call to serve Ghana and mankind. He is passionate about mentoring and socializing with his students as well as having intellectual discourses with them.