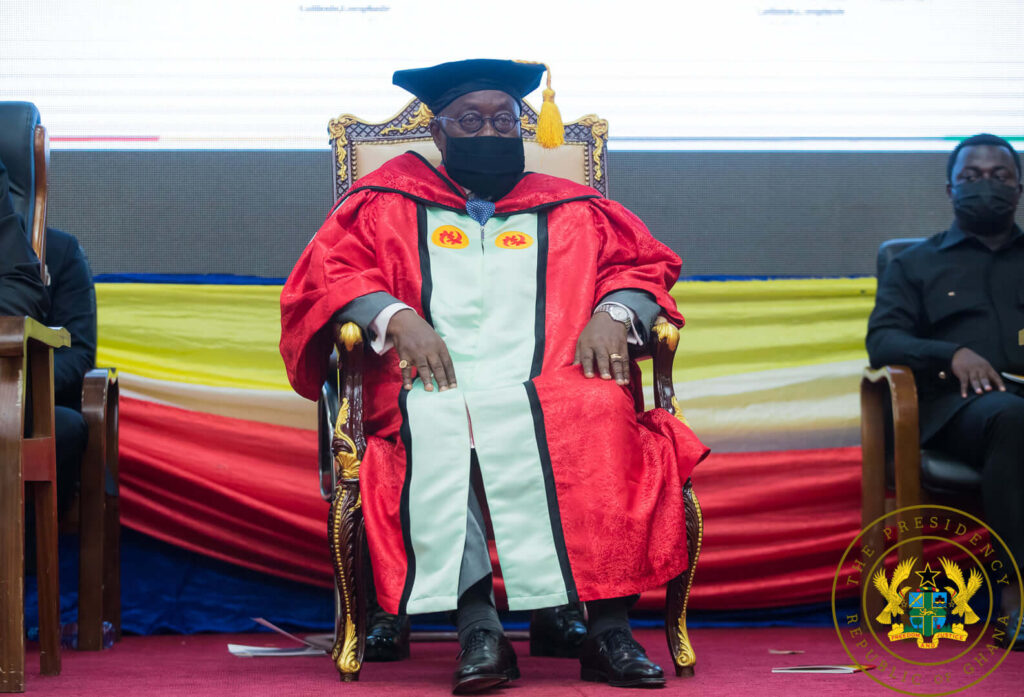 The University of Cape Coast (UCC) Saturday following the enormous contribution of President Akufo-Addo in Ghana’s education conferred an Honorary Doctor of Philosophy (Honoris Causa) in Educational Leadership degree on him.

Speaking at the special ceremony, Akufo-Addo said he is delighted to be accorded the honour for his introduction and implementation of the Free Senior High School (Free SHS) policy despite him not being an alumnus of UCC.

“Free SHS has reversed decades of exclusive, which denied on average, one hundred thousand young men and women, annually, entry to Senior High School education because of the poverty of their parents,” he stated.

Nana Akufo-Addo continued that “the government is ensuring the access of tertiary education expanded through the removal of the guarantor requirement that makes it difficult for students to apply for loans through the Student Loan Trust Fund.”

This is the third time President Akufo-Addo has received such honour from a university – the first being in May 2016 from a celebrated Fort Hare University of South Africa, and the second in December 2017 from the University of Liberia.

His Excellency as part of efforts to enhance access to education commissioned a new Central Administration Block for the University, a building whose construction started in 2005.

In a related development, immediate past Education Minister Dr Matthew Opoku Prempeh Wednesday was bestowed with an honorary doctorate degree by the University of Education, Winneba (UEW) at a special congregation ceremony.