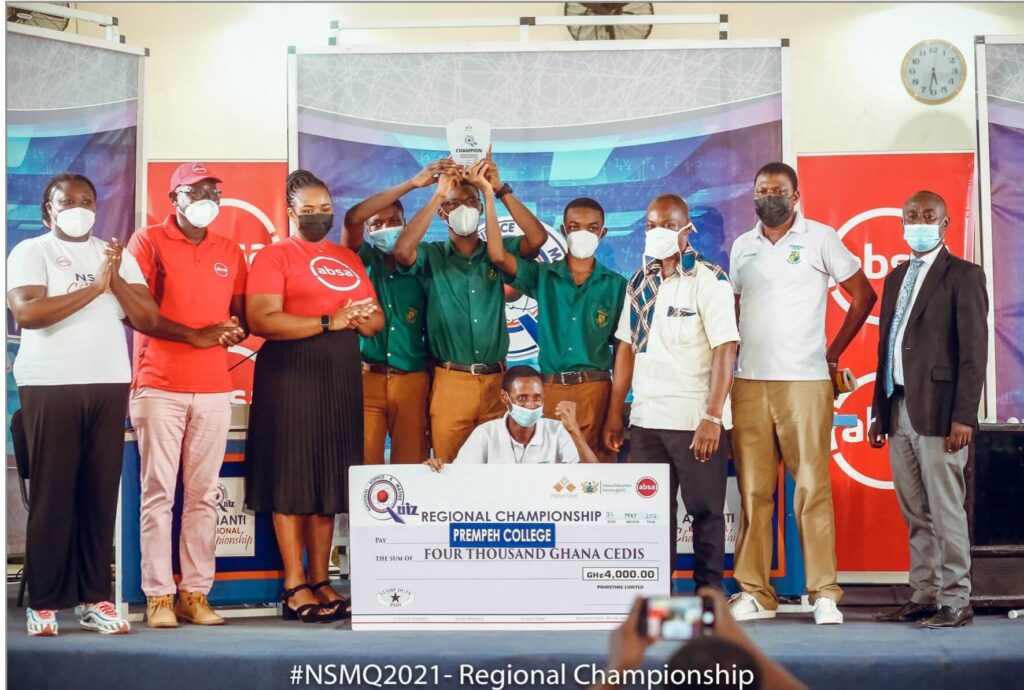 Kumasi’s very own Prempeh College also known as Amanfoɔ has been crowned the champions of the 2021 National Science and Maths Quiz (NSMQ) Ashanti Regional competition after beating Opoku Ware School and Kumasi High School in the final stage of the quiz.

Prempeh College at the end of the contest garnered 52 points with Opoku Ware School having 37 points and Kumasi High School 33 points respectively.

Amanfoɔ will represent Ashanti Region in the national championship of the 2021 edition of the NSMQ slated for later in October 2021.

The regional competition which began on May 3 in Upper West and Greater Accra Regions is expected to end from within the Eastern Region on Thursday, June 3.