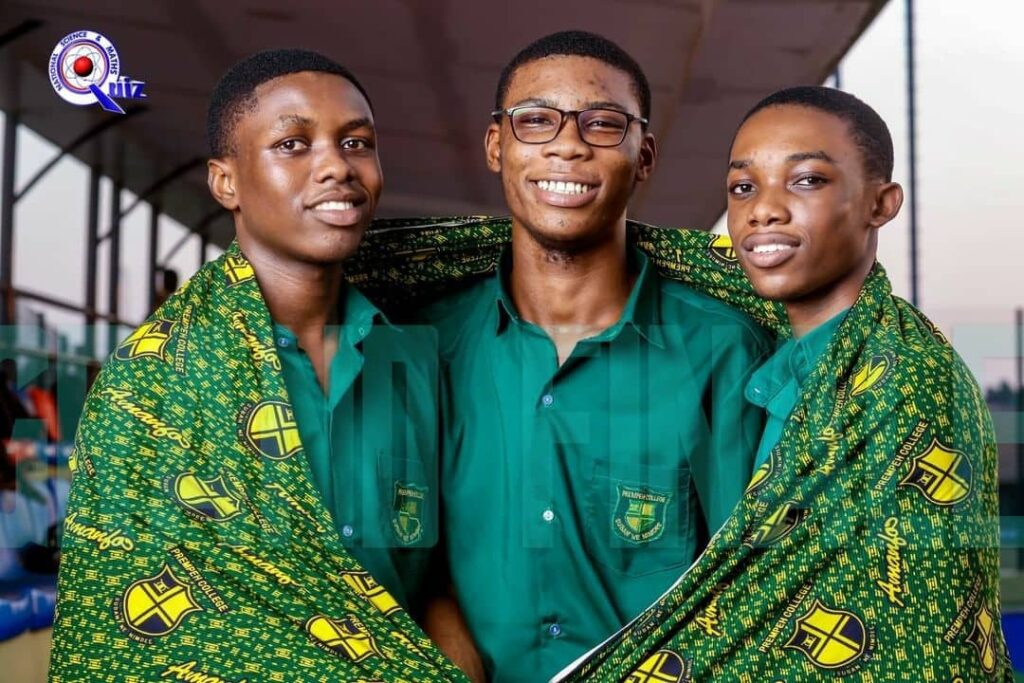 Prempeh College after several rounds in the final of the 2021 National Science and Maths Quiz (NSMQ) with Presbyterian Boys School and Keta Senior High Technical School has been crowned the winner of the competition.

The Kumasi-based Senior High School secured 53 points to win the contest while the Legon-based Presbyterian School had 49 points and Keta SHTS, the first school from the Volta Region to make it to the final, had 30 points.

This is the fifth time the popular school in the Ashanti Region has won the Science and Mathematics quiz. They were crowned winners of the PrimeTime sponsored competition in 1994, 1996, 2015 and later in 2017.

As the ultimate winner of the quiz, Prempeh College took home the coveted trophy and a cash of GH¢80,000. GH¢40,000 would go to the school while the teachers and the contestants would share the rest GH¢20,000.00 each