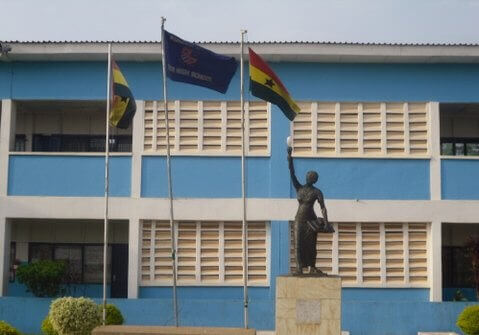 The protest comes after the Ghana Education Service announced for Form 3 students to go on a mid-semester break but later directed for the students to observe the midterm break on campus amid Covid surge in some schools.

Following the cancellation of the semester break, the WASSCE students staged an hour demonstration to register their displeasure over the new directive but were allegedly beaten by joint police and military to calm the students.

Reacting to the media report, the Police said the joint forces were invited by the headmistress of the all-girls school to calm the students but did not assault any student on campus as journalists had reported.