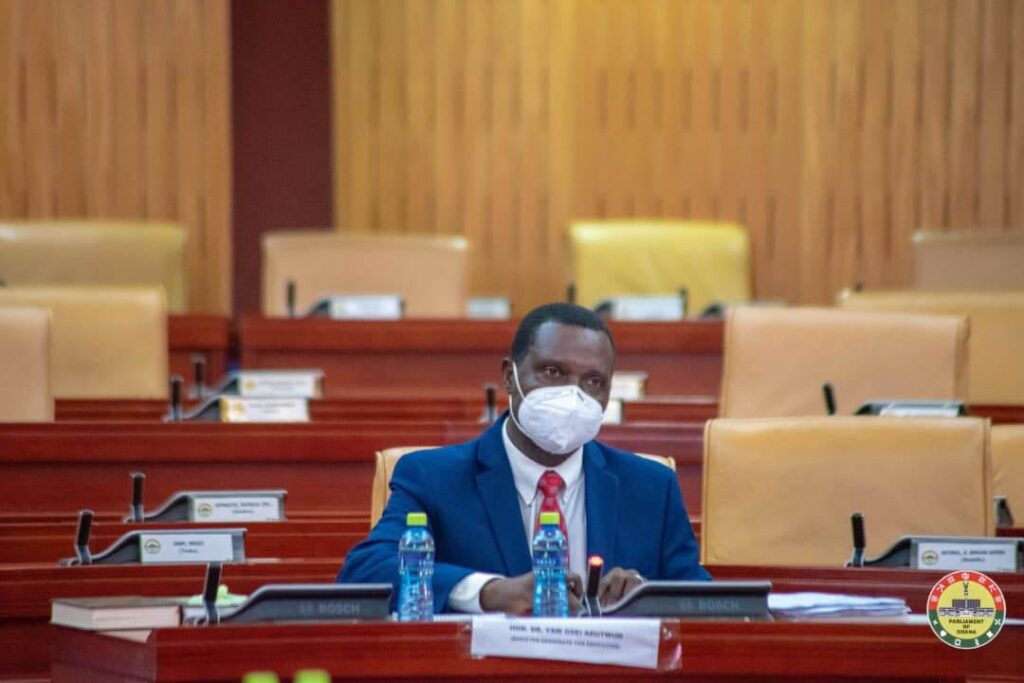 Ranking Member on Parliament’s Education Committee, Mr Peter Nortsu-Kotoe says the Minister for Education, Dr Yaw Osei Adutwum will be called before Parliament if the semester-based calendar is used this academic year.

Speaking on Original TV’s ‘Nsem a Esisi’ show monitored by EducationWeb.com.gh, Nortsu-Kotoe said his outfit decision will be based on the outcome of the meeting between the teacher unions and Ghana Education Service (GES).

“We know they are meeting so we will wait for the outcome, if the outcome is they are going to continue implementation of the semester policy then the Education Minister will be summoned before the committee,” he said.

The Parliament Education Committee in a statement said it understands the adverse effect of the Covid-19 pandemic on the education sector but the move to switch from the 3-term to the 2-term calendar is a step in the right direction.

“This academic calendar is an importation which does not suit our educational environment. As a Minority, we support the teacher unions in whatever means they will take to stop this semester system,” the Minority said on Tuesday.

The committee also raised concerns over the appointment of the Deputy Minister for Education, John Ntim Fordjour, as the chairman of the national school calendar committee that proposed the 2022 calendar instead of a professional.

“It is interesting to note that a technical committee was set up by the Minister of Education under the Chairmanship of the Deputy Minister instead of the professionals; the Director-General himself or any of his two deputies.

This school calendar committee was to propose the calendar for the approval of the Minister. This is one reason why the release of dates for the academic calendar was delayed,” the Minority Caucus indicated its press release.

In a related development, teacher unions after meeting the Ghana Education Service (GES) have insisted the semester-based calendar be suspended citing that it will make the government basic school students fatigue.

The Public Relations Officer for GES, Cassandra Twum Ampofo Thursday told Citi FM his outfit explained the semester system calendar to the unions but they insisted the traditional trimester system be used for the 2022 academic year.

“We met the teacher unions, we presented our argument before them, just like they did. They insisted that we go back to the trimester system. We were not able to resolve,” the spokeswoman told the English-speaking news network.

She indicated the Ghana Education Service and the Minister for Education has scheduled another stakeholders engagement in the coming week for further consultation on the controversial 2022 school calendar.