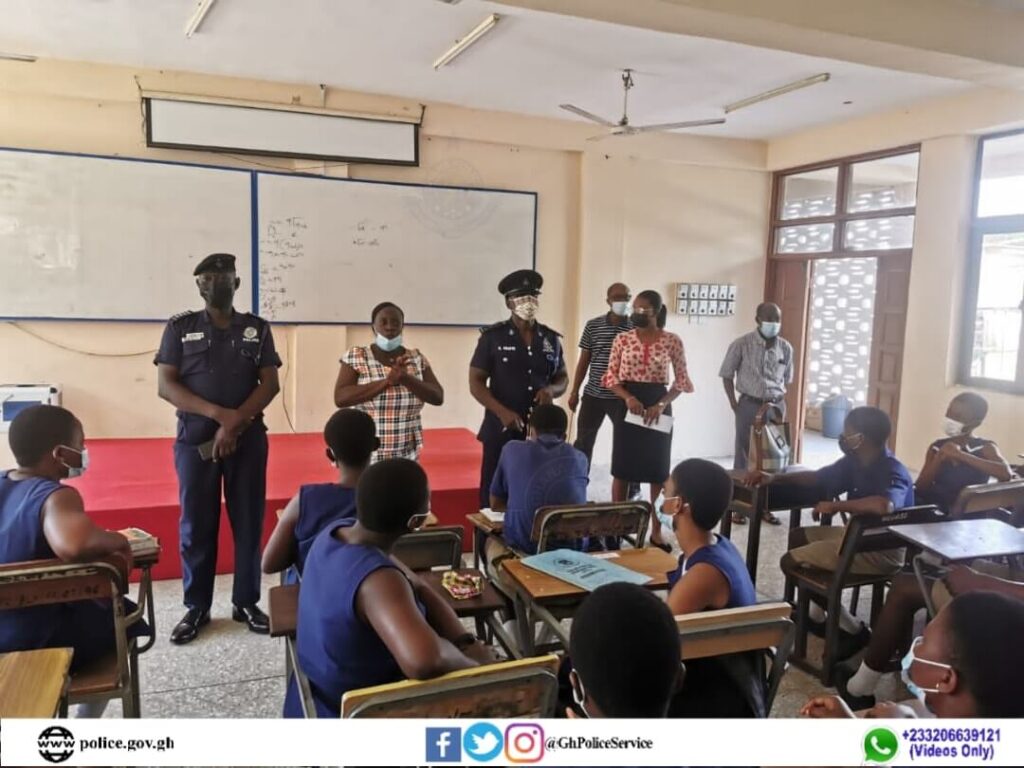 Ghana Police Service (GPS) has attributed the limited cases of school property damaged by final year students who sat for the just-ended WASSCE for School to their adequate measures been put in place during and after the examination.

In a statement copied to EducationWeb.com.gh, the Police said they engaged Authorities of Senior High Schools to advise the 2021 WASSCE students on the need for them to uphold the law and rules and regulations of the school.

“Our interactions focused on the need for students to uphold the law and rules and regulations of the school. We also highlighted the criminal implications of such behaviour and the dire consequences that offenders could face,” it stated.

The Management of the Ghana Police Service commending the students said “we are delighted this intervention yielded the expected outcome as final year students desisted from causing harm or destroying school properties.”

The Service commenting on the fire incident which occurred at Nyinahini Catholic Senior High School (SHS) in the Atwima Mponua District in the Ashanti Region on Friday said an investigation has been launched into the matter.

According to the GPS, most Nyinahini SHS students when the burning started had checked out of campus and the remaining students were at rosary prayers. It says the cause of the fire in due course will be made known to the public.

The Education Ministry spokesperson said the investigation committee after their investigation will submit a report to the Ministry of Education (MoE) for any individual found culpable of the criminal action to be punished vigorously.