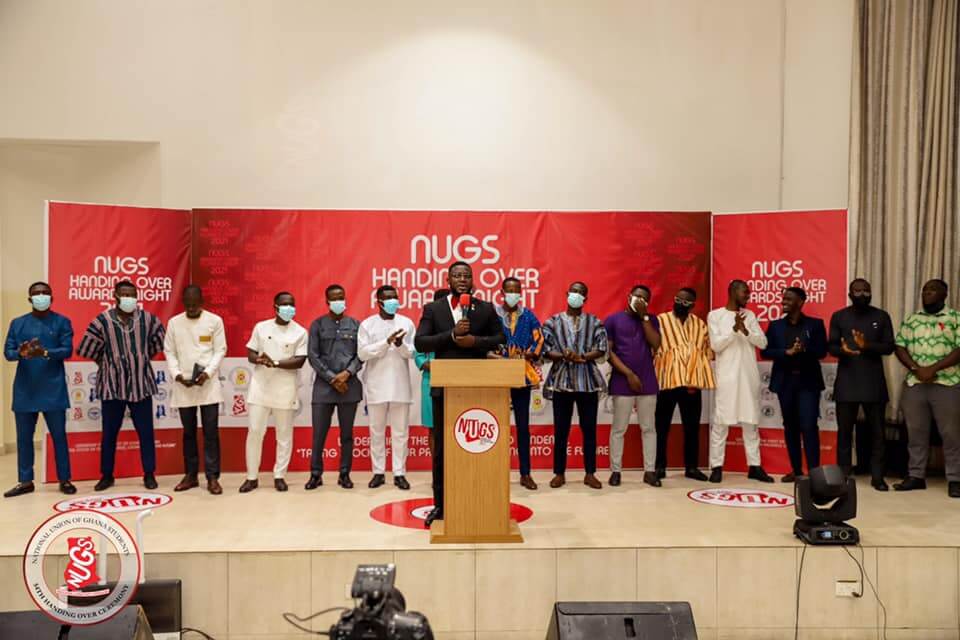 Emmanuel Boakye Yiadom, the new President of the National Union of Ghana Students (NUGS) unlike some past administration of NUGS has said the Union under his tenure will not be controlled by any political party in the country.

Speaking at a joint swearing-in ceremony for newly elected executives of NUGS, USAG and NAHSAG, the leader however indicated his outfit shall not hesitate to condemn or commend the actions of the political parties.

“The National Union of Ghana Students will not be an extension of the youth wing of any political party. We are not going to be agents of the government or tools for the opposition. We shall not relent to chastise or applaud when the need is,” Boakye stated.

He also cautioned former NUGS executives in possession of anything belonging to the Students Union to return it before it’s too late adding that “those found culpable to have misused the Union funds will be name and shame.”

KNUST’s very own Boakye Yiadom and other new executives of the Union Tuesday, June 29, 2021, were sworn into office after the immediate past NUGS leadership led by Isaac Jay Hyde ended their term of office this year.

Emmanuel Boakye Yiadom popularly known as YB prior to his new appointment served as the coordinating secretary of the National Union of Ghana Students (NUGS) from 2016 to 2017.