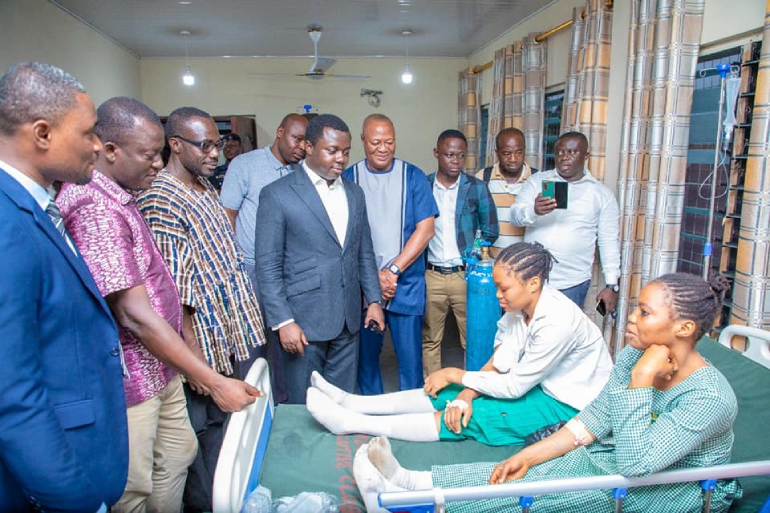 The National Union of Ghana Students (NUGS) following the unfortunate shooting incident which lead to several students of the Islamic Senior High School being injured says it will form a 5-member committee to probe the matter.

“We condemn in no uncertain term any action that threatens the security of our students. We are shocked and surprised at live evidence of bullets, tear gas and other weapons which were unleashed on the students,” NUGS said.

In a release copied to EducationWeb, the leadership of the Union said it on the advice of the committee of enquiry will report the shooting incident on the campus of the Islamic school to the Parliament Select Committee on Education.

“In the meantime, the President of the Union will lead a delegation to the school to ascertain wholly, the substance of the matter. While we take bold steps to defend our students we urge all affected students to remain calm,” it noted.

Meanwhile, the Deputy Minister in charge of Education, Reverend John Ntim Fordjour has visited the Abrepo-based Senior High School to conform students who were injured as a result of the bullets and tear gas fired by the police.

Speaking to Accra-based Peace 104.5 FM on Monday, the Member of Parliament for Assin South Constituency said 22 out of 38 prospective students were treated and discharged with 16 in good condition pending discharge.

“22 out of 38 students were treated and discharged with 16 in good condition pending discharge. The safety of students and teachers are assured, as full academic work starts tomorrow,” the Reverend Minister told Peace FM.

The Deputy Education Minister said his outfit after the investigation currently ongoing by the Ghana Police Service (GPS) will communicate more details on the unfortunate incident to the members of the general public and students.

The shooting incident occurred after some students of the Islamic Senior High School on June 13, took to the streets and blocked sections of the road to demonstrate against frequent motor traffic accidents in front of their school.

But, in a bid to end the demonstration the police say is illegal and to help open the road to normal traffic flow, some personnel of the Service responded by firing warning shots and opening tear gas and pepper spray on the students.

“The students pelted the Police with stones and the Police used pepper spray and fired warning shots in an attempt to disperse them,” the management of the Ghana Police Service stated in a press statement issued on Monday.

The intervention of the police as seen in viral videos on various social media platforms unfortunately lead to some prospective students being injured following the disturbances and being rushed to the hospital for treatment.