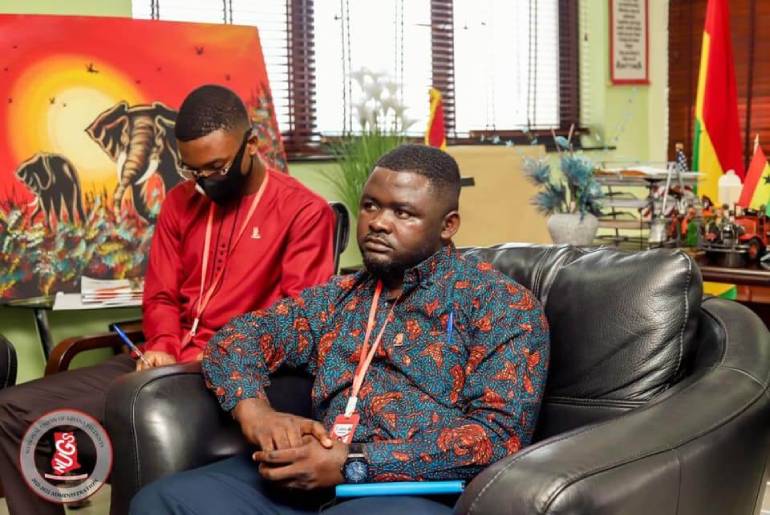 The National Union of Ghana Students (NUGS) as it prepares to hold its 56th swearing-in of newly elected executives for the 2022 academic year on Thursday, April 14, 2022, has debunked a claim indicating the Union has been sued.

NUGS in a statement copied to EducationWeb on today said “we want to state equovically without mincing a word that the 56th swearing in ceremony will happen as planned and scheduled. We are looking forward to welcome you.”

Citing Article 17(a)(i)(3) of the National Union of Ghana Students (NUGS) constitution, the leadership of the National Ghana Union said any legal action taken against the Union must be instituted against served on the President.

“The President of the Union needs to be served with the writ of summons indicating and promoting that the Union has been sued so a defence can be prepared but in this instance the President is totally unaware of any suit,” NUGS stated.

The Students Union consequently has urged the members of the general public particularly students to disregard any information on various social media platforms the 56th swearing-in event has been postponed or cancelled.

“The Union would later today carry out its handing over within the limitation of the law and shall today swear in new executives of NUGS to serve after giving them your overwhelming endorsement at the just ended congress,” it noted.

Thursday, April 14, handing over ceremony comes after Dennis Appiah Larbi-Ampofo, from the Methodist University early this month was elected as the new President of the National Students Union for the 2022 academic year.

The newly elected NUGS President, Dennis Appiah Larbi-Ampofo will later today take over from the outgoing President Emmanuel Yiadom Boakye who was unanimously chosen to lead the Ghana Students Union in the 2021 academic year.

Dennis popularly known as Nya Gyidie was confirmed as the President by NUGS Electoral Commission at the 56th National Delegates Congress of NUGS held at the Ghana National Association of Teachers (GNAT) Village in Kumasi.

Larbi-Ampofo after the 2022 edition of the NUGS election garnered 824 votes, beating his main contender Kwasi Atuahene who secured 201 of the total votes cast. A third candidate, Charles Oppong had 33 votes.