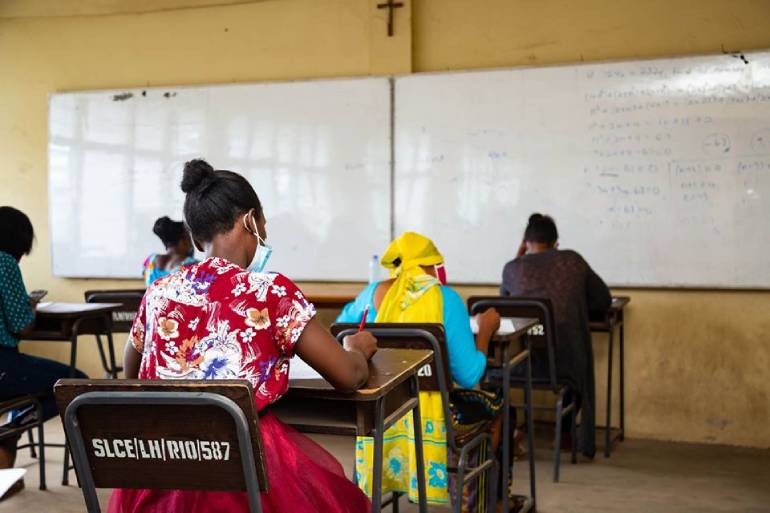 The Minister for Education, Dr Yaw Osei Adutwum following the mass failure of candidates who sat for the May 2021 teacher licensure examination has disclosed the GTLE pass mark was decreased to ensure all candidates excel.

Speaking at a meeting with President Nana Addo Dankwa Akufo-Addo, the Education Minister said the majority of fresh candidates and re-sitters could not pass the May edition of the Ghana teacher licensure examination (GTLE).

“The last one that they did a report came to me that students didn’t do well, they brought me a sample, responses and Mr President it’s important we hold ourselves accountable,” Dr Yaw Adutwum told President Akufo-Addo.

The Bosomtwe Member of Parliament continued that “I don’t want to talk about the GTLE pass mark which was set for the May 2021 licensure examination, it was brought so low that yet some candidates did not beat the cut.”

According to him, some graduate teachers who participated in the just-ended NTC licensure examination as re-sitter were able to pass, however, the majority of the candidates who sat for the licensure as first-time sitters failed.

“About 78% were able to pass two out of the three subjects, but if you look at those who passed all the three for the first time it was about 23% but they have the opportunity to resit again and pass,” Adutwum told Akufo-Addo.

Meanwhile, the National Teaching Council (NTC) after releasing the May 2021 GTLE results has said it will not publish the statistics of the examination to indicate the number of prospective students who passed or failed the test.

A staff of the Council speaking to EducationWeb.com.gh said his outfit effective this year will not release the results statistics of the Ghana teacher licensure examination citing that the media always report the failure of the graduates.

“The media always report the failure of graduate teachers who sat for the licensure examination, they don’t comment on the positive side, so this year NTC will not publish the GTLE results statistics,” the NTC official told EducationWeb.