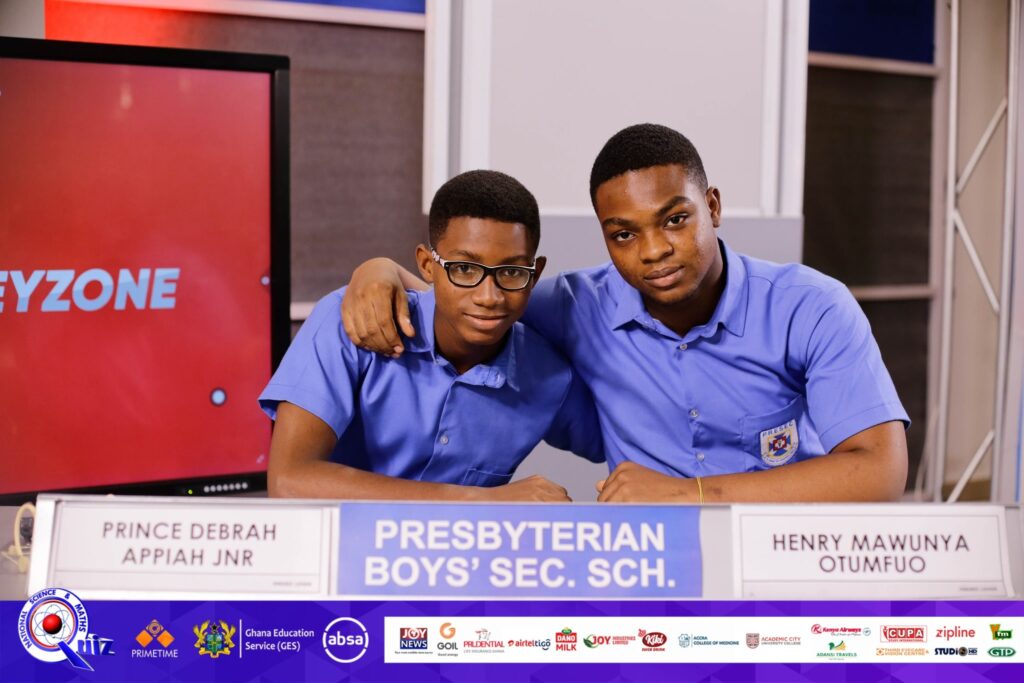 St. Peter’s SHS, Chemu SHS and Presbyterian Boys’ School have qualified to compete in the semi-final stage of the ongoing National Science & Maths Quiz competition after winning their Quarter-final of the contest on Friday.

Eastern Region-based St. Peter’s SHS after knocking out Sonrise SHS and Bolgatanga SHS to book the first slot in the Semi-final stage, first beat Notre Dame Girls’ SHS and Notre Dame Seminary SHS to make it to the Quarter-final stage.

Winner of last year’s National Science & Maths Quiz competition, the Presbyterian Boys’ School also knocked out Swedru SHS and Techiman SHS in the third contest of the first day of the Quarter-finals Stage of the competition.

They came into the contest with the tag line “Seven’ a living God” and scored 70 points at the end of five rounds of intellectual battle. Swedru SHS and Techiman SHS scored 49 and 34 points respectively at the end of the encounter.

The preliminary stage of the competition commenced from October 26, 2021, to November 5, 2021. Balloting for the 2021 edition of the National Science & Maths Quiz (NSMQ) preliminaries also took place on the same date.

Started in 1993 and produced by Primetime Limited, the National Science and Maths Quiz (NSMQ) is an annual science and mathematics content-based national level quiz competition for Senior High Schools across the country.

The quiz is to promote the study of science and mathematics, help students develop quick thinking and a probing and scientific mind about the everyday world around them while fostering healthy academic rivalry among SHSs.