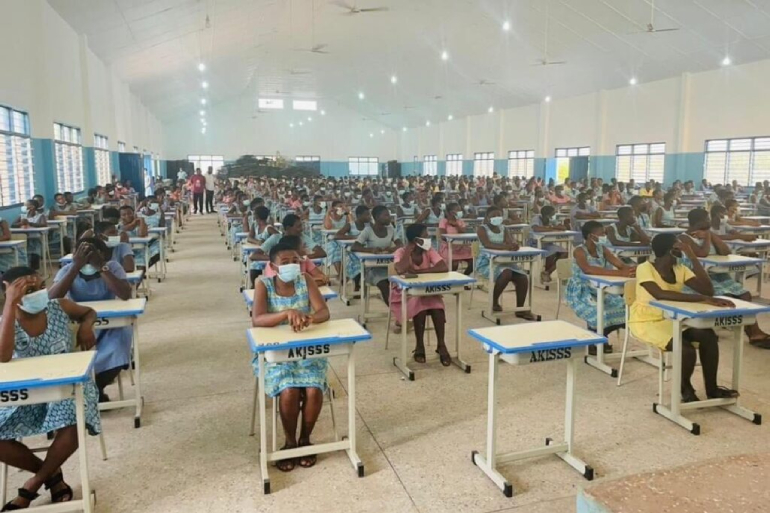 The Minister for Education, Hon Adutwum says his outfit is working hand in hand with the Ghana Tertiary Education Commission (GTEC) to introduce a policy for D7 in some WASSCE subjects to be accepted in tertiary institutions.

Mr Osei Yaw Adutwum in an interview monitored by EducationWeb.com.gh said the Management of the Ghana Tertiary Education Commission (GTEC) is currently working on the policy to be submitted to the cabinet for approval.

“I have asked Ghana Tertiary Education Commission (GTEC) together with their board to come out with a policy that we can get approval in carbinet for D7 especially in mathematics to be accepted by tertiary institutions,” he disclosed.

The Bosomtwe Member of Parliament told an Accra-based English speaking radio station he is of the idea that students with aggregate D7 which is considered pass in mathematics should be considered for tertiary enrollment.

“I believe that if you had D7 in mathematics and we know maths is very important in the course that you are going to pursue you should be allowed in and be given Maths 101 when you get to the university,” the Teaching Minister stated.

Citing other developing countries, he urged Authorities of government tertiary institutions across the country to consider students with D7 in mathematics admission and organize Maths classes for them to strengthen their skills.

In a related development, the Executive Director of Africa Education Watch (EduWatch), Mr Kofi Asare has said the decision for government universities to accept grade D7 would increase tertiary enrollment from 19% to 40% by 2030.

“I agree with Dr Yaw Osei Adutwum on the need to reform tertiary entry requirements not only to achieve the Education Strategic Plan’s target of increasing tertiary enrollment from 19% to 40% by 2030,” Mr Asare stated.

The Education policy analyst in a social media post sighted by EducationWeb.com.gh said the tertiary entry requirements reforms will also expand opportunities for academic and career progression for our youth.

For the Executive Director of the Education Think Tank, it does not make sense a student with a grade of D7 in Core Mathematics can pursue a Bachelors degree in a Technical University but not in a public University in the country.

“Does it make sense to you that one with D7 in Core Mathematics cannot pursue a regular entry Bachelors Degree in Ghana but can do the same in Europe or America?” the Education Think Tank Director quizzed.