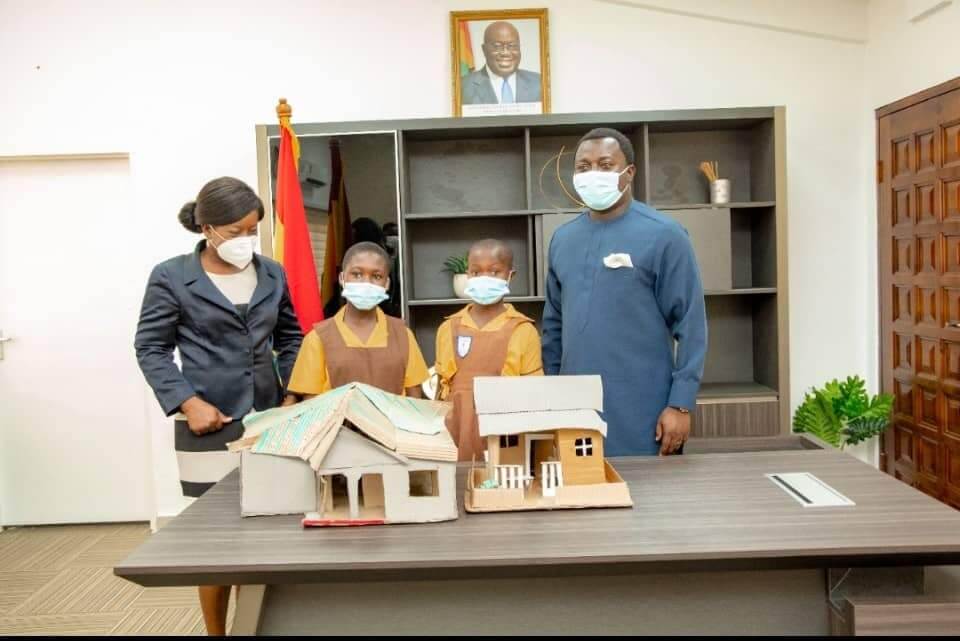 Vivian and Franklina from Kwaku Panfo MA Primary School after they presented their artwork to the Deputy Minister for Education on Thursday are set to be enrolled in a STEM school next year under the Gifted & Talented Education.

The 11-year-old talented girls the Deputy Education Minister, Reverend John Ntim Fordjour in a post sighted by EducationWeb.com.gh said were accompanied by their teachers and @iGred_org to present their artwork.

“Vivian & Franklina are 11-year-old girls from Kwaku Panfo MA Pry School. Together with their teachers and @iGred_org, they called on me yesterday and presented their artwork,” the Reverend Minister stated.

The Assin South Member of Parliament in the post disclosed Vivian and Franklina and other Gifted & Talented kids across the country next academic year will be enrolled in STEM schools under the Gifted and Talented Education.

In a related development, the Minister for Education, Dr Yaw Osei Adutwum has said about 20 STEM schools across the country by the end of July this year will be completed but students would be admitted next academic year.

The Bosomtwe Member of Parliament speaking in an interview monitored by EducationWeb.com.gh said a number of trainers have been sent to study STEM education in Israel to help improve its implementation in the country.