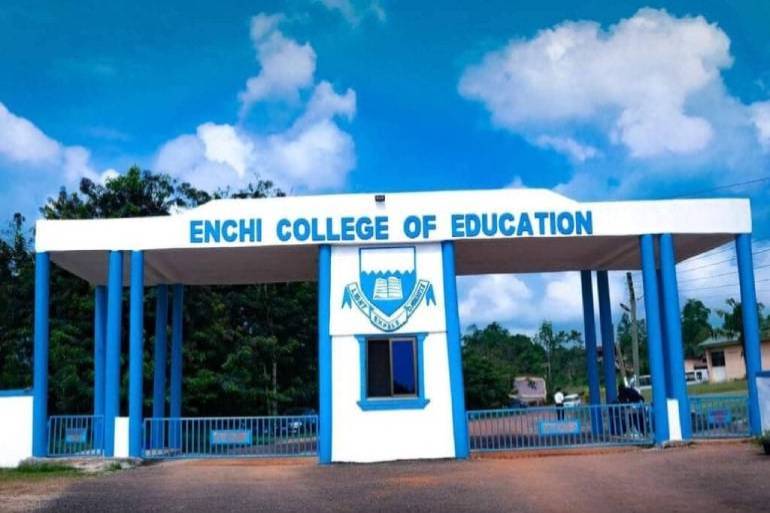 The Public Relations Officer (PRO) for the Ministry of Education (MoE), Kwasi Kwarteng says all public Colleges of Education in the country have been converted into a four-year bachelor of education degree-awarding institutions.

Speaking in an interview with Accra-based Citi FM monitored by EducationWeb, the spokesman said the move forms part of the central government’s education reform to enhance teaching and learning in the various public Colleges.

“As part of the government’s education reforms which are being championed by the Ministry of Education, all public Colleges of Education have been converted into a four-year bachelor of education degree-awarding institutions.

Consequently, the government has embarked on the construction of a three-storey hostel building each in 45 colleges to pave way for expansion and increasing enrollment,” the Education Ministry spokesperson told Citi FM on Monday

The conversion comes after Akufo-Addo following a decision to upgrade Colleges of Education to University Colleges said a first degree will be the minimum requirement for teaching at any level of the country’s education system.

“These Colleges will, initially, be affiliated with the University of Cape Coast, and, subsequently, to other public universities. This means that, eventually, a first degree will be the minimum requirement for teaching, Nana Addo said.

In a related development, the deputy spokesman for the Ministry of Education (MoE), Yaw Opoku Mensah has said the construction of 300 story 300-bed hostel blocks for Colleges of Education will commence in June this year.

In a post sighted by EducationWeb, the Ministry’s Information Officer said the move forms part of the government education reforms to expand facilities to accommodate the increased number of students in the Colleges of Education.

“Next month construction works will start in our colleges of education for the expansion of hostel facilities for our students. The projects will take 15 months to complete and are expected to be handed over in August 2023,” he said.

According to him, the buildings will cost the government Ghc485 million with local contractors expected to execute the projects. The projects Yaw indicated are expected to generate over 2500 direct and indirect jobs for the economy.