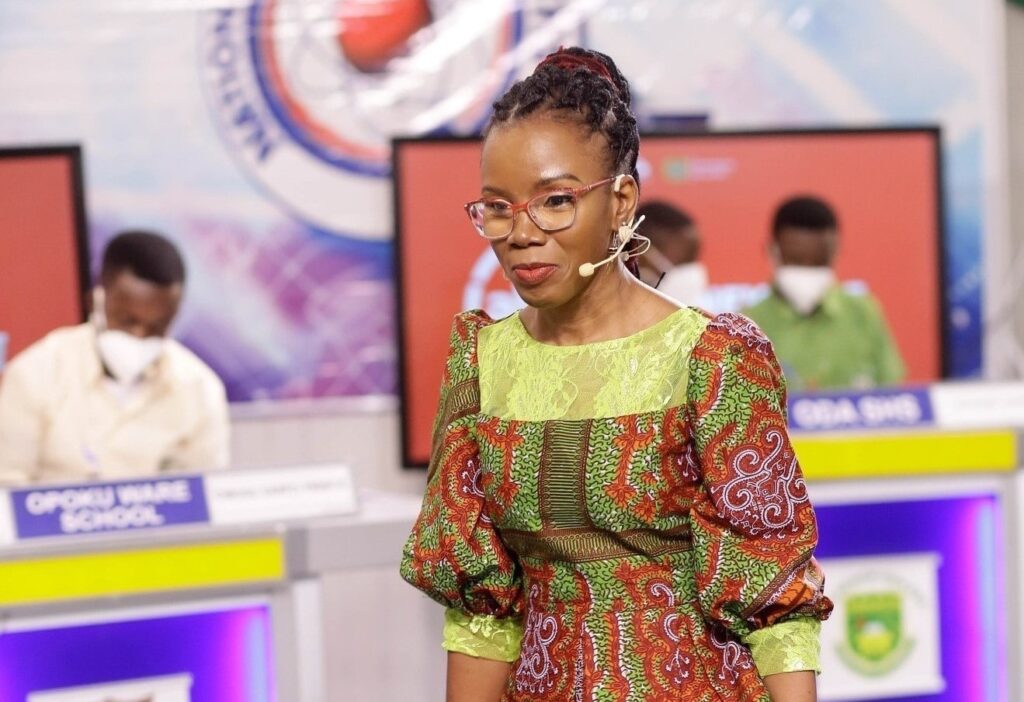 Administering the ongoing 2021 edition of the National Science and Maths Quiz (NSMQ), Prof Elsie Effah Kaufmann is a Ghanaian academic, biomedical engineer and a mistress for the popular television quiz competition in the country.

Prof Elsie started hosting the Science and Maths Quiz in 2006 after she replaced Marian Ewurama the quiz mistress from 1993 to 2000. In December 2020, Elsie Kaufmann was appointed a professor at the University of Ghana.

Professor Effah Kaufmann had her secondary education at the Aburi Girls SHS and obtained her International Baccalaureate Diploma from United World College of the Atlantic in Wales in 1988.

Kaufmann was a Fellow of the International Women’s Forum Leadership Foundation. She was awarded in 2009, the University of Ghana’s Best Teacher Award for the Sciences.

She received the International Women’s Forum Leadership Foundation Fellowship in 2011 and the 2017 Impact Africa Summit Laureate for Education in Ghana.

She is also the first female recipient of the 2018 Golden Torch Award for International Academic Leadership by the National Society of Black Engineers (NSBE) at the 44th Annual Conference held in the United States of America.