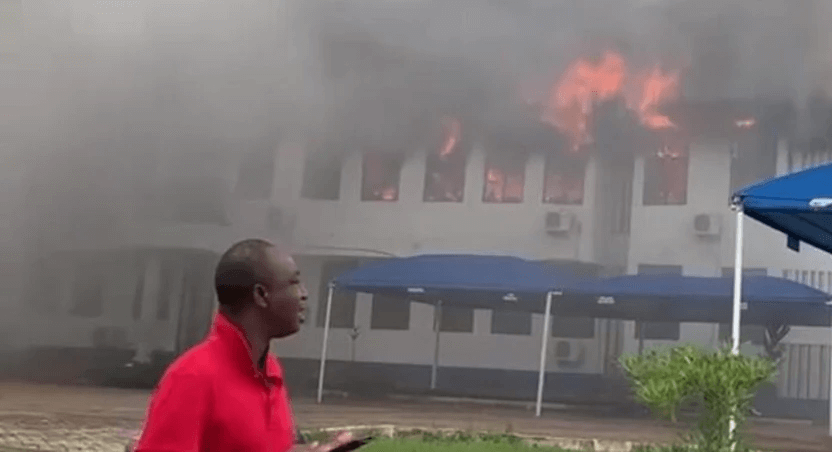 The administration block of the Mampong Technical College of Education popularly known as MAMTECH has been reduced down to ashes by an unforeseen fire outbreak, a student of has told Educationweb.com.gh

According to the student who spoke on condition of anonymity, the wildfire started around 8 am from one of the offices in the administration block and after some minutes extended to other sections of the building.

“The fire started from the top floor where the conference room is located and was raging on to the ground floor before the fire service came.

According to him, personnel from the Ghana Fire Service have been able to quench the fire, however, eight offices including the Mampong Technical accountant’s office and some documents were completely burnt.