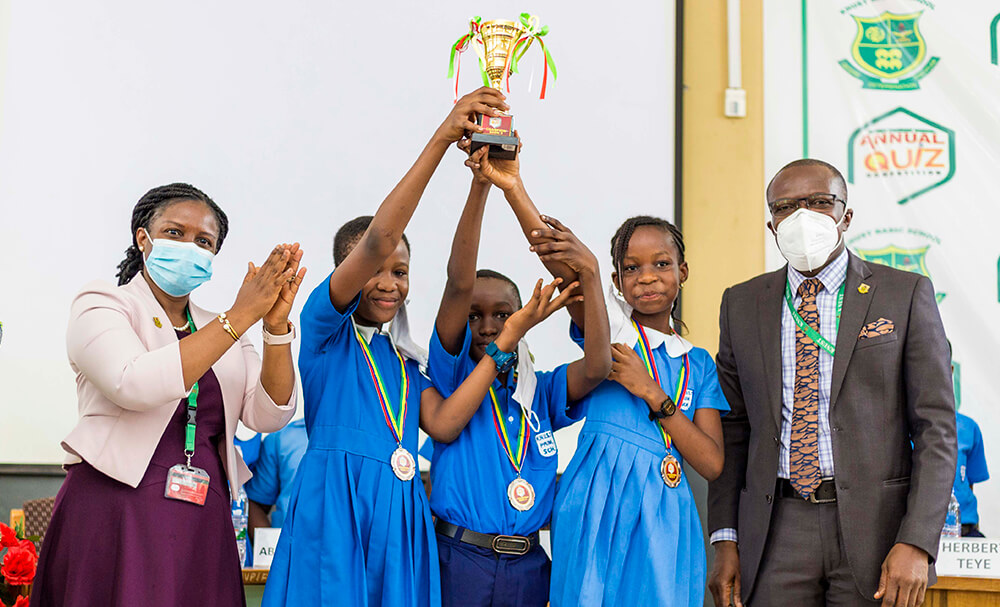 Contestants from primary 5A of KNUST primary school after several stages of the School’s annual inter-classes quiz competition emerged winners of the contest, the University of Science and Technology (KNUST) has announced.

The 5th inter-classes quiz competition intended to build capacity, listening and fluency skills of pupils as well as develop their self-confidence was held from Monday, 24th May to Thursday, 24th June 2021 at the School’s Assembly Hall.

The contest started at a preliminary stage with 3 representatives each from classes 1 to 6 and was quizzed with 3 rounds of questions in Languages, Math, Science and General knowledge. Winners from this stage qualified to compete at the grand finale.

At the grand finale, contestants from Basic 5A broke the record by obtaining the highest score of 133-points.

Mr Michael Gyan Kwaffo, the Quiz and Debate Committee Chairperson in his remarks said quizzes and debates generally play a huge role in the development of children as it helps them become assertive and speak confidently in public.

He added that the goal of the committee is to organise internal competitions that would equip and groom the pupils and provide the necessary exposure they would need to compete with other sister schools.