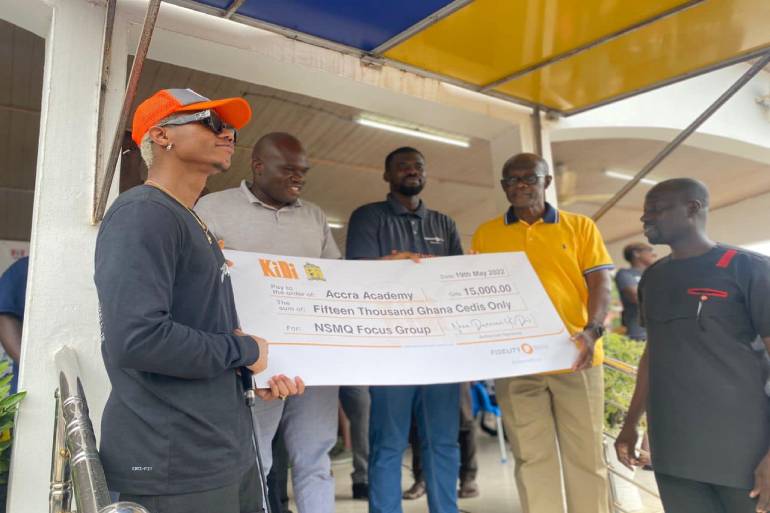 Highlife and afrobeat singer-songwriter, Dennis Nana Dwamena, better known as KiDi has donated an amount of GH¢15,000 to his Alma Mater, Accra Academy to prepare for the 2022 Science and Mathematics Quiz (NSMQ).

In a post sighted by EducationWeb, the Say Cheese and Touch It hitmaker said the donation titled “NSMQ Focus” forms part of his effort to boost the morale of the students to represent Bleeo at this academic year’s national quiz.

Produced by Primetime Limited and sponsored by Absa Bank, Goil among others, the popular National Science and Mathematics Quiz (NSMQ) is the longest-running independent production on television in Ghana.

The quiz is very popular with not only its main target group – Senior High School students – but also with parents and, especially, with former students who take great pride in the performance of their schools on this programme.

NSMQ is to promote the study of the sciences and mathematics and help students develop quick thinking and a probing and scientific mind about the things around them while fostering healthy academic rivalry among Senior High Schools.

The maths and science quiz, popularly referred to as “brilla” by many who have gone through the secondary school system is by far one of the few academic events that bring all of the government secondary schools together.

Kumasi-based Prempeh College in the last edition of the contest beat Presbyterian Boys Secondary School and Keta Senior High Technical School to be crowned the champions of the 2021 Science and Mathematics quiz.