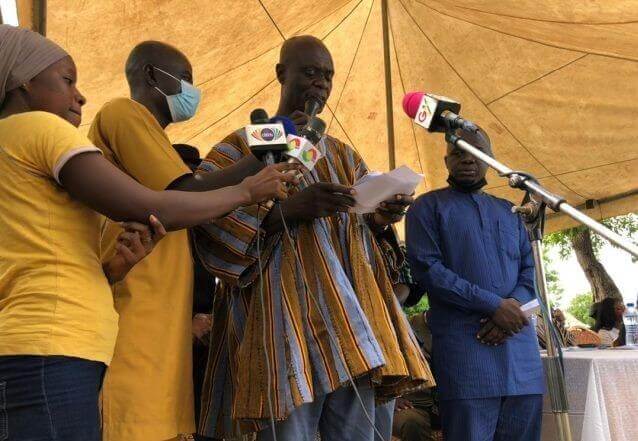 The Northern Regional Minister, Hon. Alhaji Saani Alhassan Shaibu has cut the sod for the construction of 18 (Kindergarten) KG schools under trees which will be completed within three years across the 16 regions of Ghana.

The project sponsored by the VALCO Trust Fund and in support of the Ministries of Energy and Education and the Ghana Education Service will see the construction of 5,403 schools that currently operate under trees.

VALCO Executive Director, Kelvin Yeboah said his outfit will, by June 4, this year, cut the sod for the start of the project at Karaga in Northern Region, and which will witness the initial construction of some eighteen schools.

According to Mr Kelvin Yeboah, the initial eighteen structures, which are scheduled to be completed in three years, have been selected from all the regions and it is estimated to cost a whopping GH₵ 6 million.

The structures he said will include classroom blocks for KGs, primary and JHS with ancillary facilities like head-teacher’s offices, staff common rooms, toilet facilities, libraries, ICT laboratories, boreholes and pieces of furniture.

The ceremonial sod cut to represent the constructions of the first KG schools under trees was held at Kambonsiya Community within the Karaga District in the Northern Region.