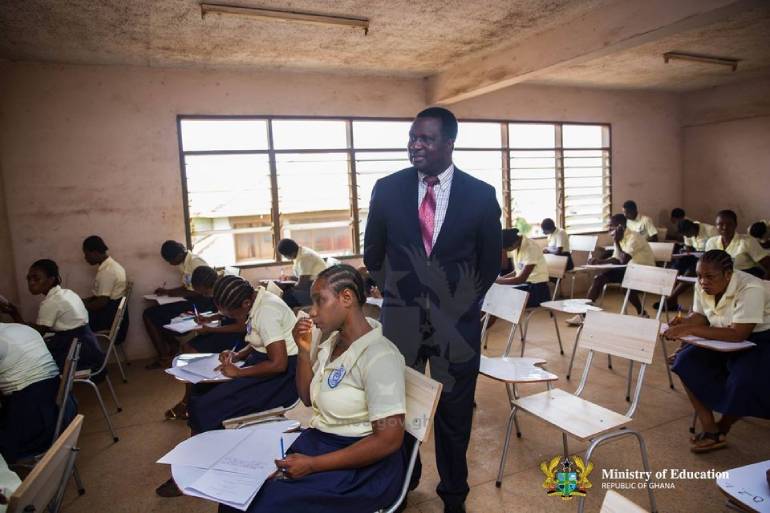 Africa Education Watch after the Ghana Education Service sacked some eleven teachers over examination malpractice has called on the government to jail teachers who will be found guilty in the conduct of 2022 examinations.

The Executive Director of the Education Think Tank, Mr Kofi Asare in an interview with Accra-based Citi FM monitored by EducationWeb.com.gh said such punishment will stop invigilators from helping students cheat in examinations.

He said the Management of the Education Service terminating the appointment of teachers found culpable of examination malpractice is not enough but criminalising the act would deter others from engaging in it.

Programs Officer for Africa Education Watch, Kwesi Nimo Jnr speaking to Starr News commended the Service for the bold and firm decision to terminate appointments of the 11 officers over a two-year-old exams malpractices.

He said the move by the Management of the Ghana Education Service (GES) would protect the integrity of the pre-tertiary examinations conducted in the country by the West African Examinations Council (WAEC).

“This directive is an indication that going forward stringent measures are going to be put in place to at least ensure that people are deterred from engaging in exams malpractices in a way to curb the fraud themselves,” he told Starr

The punishment Nimo said also seeks to communicate a message that GES takes such actions and activities of teachers and officials seriously. “So we endorse such actions and though pending approval from the GES Council,” he added.

The Africa Education Watch (EduWatch) member further said “We are hopeful they (Ghana Education Service Governing Council) would uphold this ruling and also ensure that such action would deter other teachers.”

The termination of the appointments of the eleven teachers the Deputy Director-General of the Education Service has said follows their engagement in examination malpractice in the conduct of 2020 WASSCE and BECE for School.

Mr Anthony Boateng said the sacked GES teachers before their dismissal were invited to appear before a committee at the GES headquarters, Accra, for a hearing over the allegations of their engagement in exam malpractice.

“During the GES committee hearing the eleven teachers admitted the act, contrary to Section 3.32 (III) of the code of conduct for staff of the Ghana Education Service (GES),” a statement signed by Mr Anthony Boateng stated.