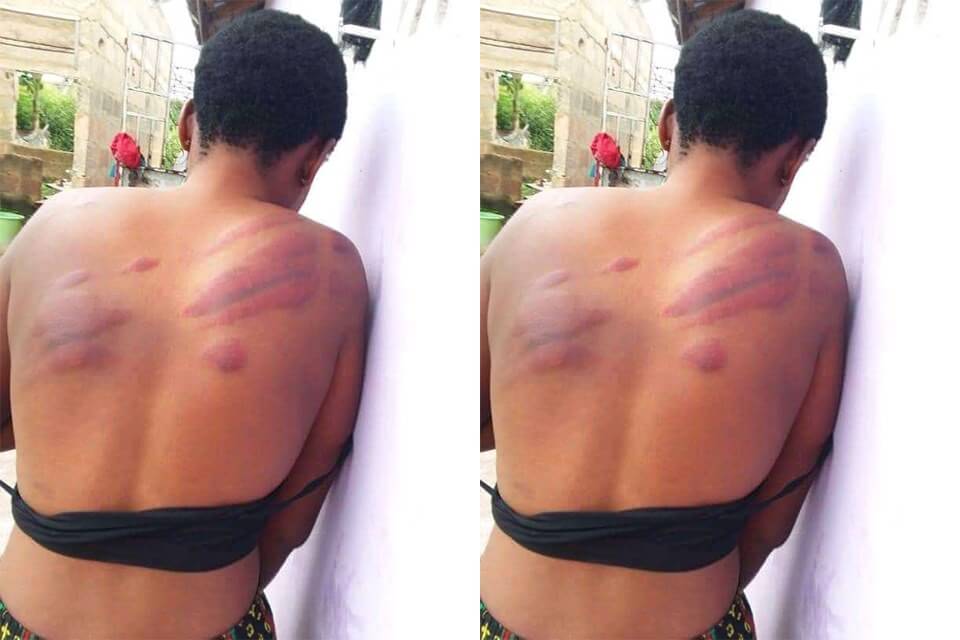 The Ghana Education Service has launched an investigation into the case involving a final year student of the Jachie Pramso SHS partaking in the ongoing 2021 WASSCE who was lashed mercilessly by the headmaster of the school.

A source familiar with the matter in a post sighted by EducationWeb.com.gh said appropriate measures have been put in place by the Guidance and Counselling Director of the Education Service for a thorough investigation.

Describing the incident as depressing for a female student writing WASSCE, the source wrote “Investigations are already underway at Bosumtwi district and Ashanti regional GES with a report expected tomorrow.”

Eyewitnesses say the candidate identified as Mary Amoako was beaten severely for helping a male colleague whose unprescribed shirt was seized and asked to put on a school uniform before he returns to the classroom.

According to them, 19-year-old May after the headmaster seized the shirt gave the male student her jacket to wear since he came to class without wearing a uniform, a situation that they say got the head of school angry.

“I gave the boy my jacket after the headmaster ceased his shirt and left. But our head later saw the boy going to the dormitory wearing a jacket which belongs to me, so he gave me several lashes at my back,” Mary told journalists.

Jachie-Pramso Senior High School (SHS) popularly known as JAPASS is a co-ed second cycle school in Jachie-Pramso in the Bosomtwe District of the Ashanti Region of Ghana.

The Minister for Education, Dr Yaw Osei Adutwum is the Member of Parliament (MP) representing the Bosomtwe Constituency in the Ashanti Region on the ticket of the ruling New Patriotic Party (NPP).