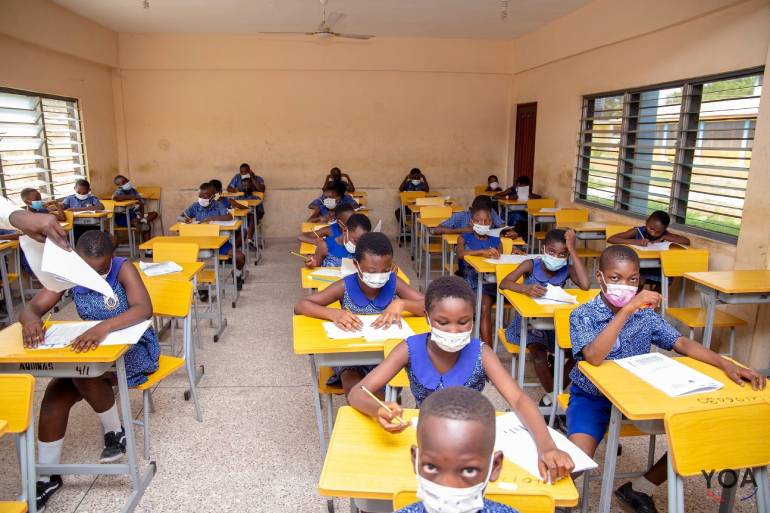 The Institute for Education Studies (IFEST) says results of the 1st standardised test conducted for public basic four students across the country are not yet released by the West African Examinations Council amid some difficulties.

In a press release sighted by EducationWeb, the Education Studies said a source has told them the Examinations Council is still finding it difficult to produce the results because most students did not shade the question paper.

Among other things that have delayed the release of the 2021 national standardised test results, IFEST indicated the Ghana Education Service (GES) was not in favour of the mode in which the examination was conducted by WAEC.

“This was against the National Learning Assessment Framework and its associated Operational Plan of making the NST a school-based diagnostic test instead of a WAEC conducted external examination,” the Institute for Education stated.

Meanwhile, Reverend John Ntim Fordjour, the Deputy Minister for Education has said the not-for-profit-making organization (WAEC) in the coming weeks will release the provisional results of the primary four students’ national test.

In a discussion monitored by EducationWeb, John Ntim Fordjour said the maiden edition of the national standardised results when released by WAEC will determine the strength and weaknesses of students in literacy and numeracy.

“In the next couple of weeks, the report of the 2021 national standardised test will be published and we will know the level of improvement of the class four pupils across the country,” the Assin South Member of Parliament stated.

Describing the administration of the 2021 examination as successful and leakage-free, Rev. Ntim Fordjour indicated the not-for-profit-making organization (WAEC) at the appropriate time will conduct another test for some students.

In line with the Deputy Education Minister, Dr Osei Yaw Adutwum, the Minister for Education has said parents of primary 4 students who participated in the last year’s national examination will be given copies of their ward’s results.

“Last year we did the first national standardised test and close to 500,000 students participated in the exams and the results will be coming out soon to tell us how well primary 4 students are doing,” he said in an education address.

Adutwum in the televised ‘state of the education address’ said primary two, four and six students in public schools will be assessed in the next conduct of the exams with the aim to determine the prospective pupils’ academic performance.