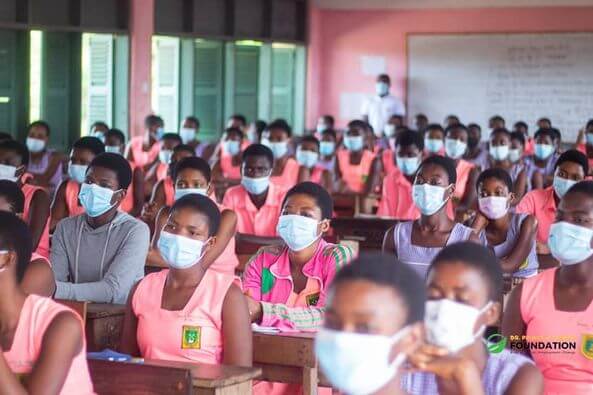 The Institute for Education Studies (IFEST), following the fire incident at the Nyinahin Catholic Senior High School, has called on the Ministry of Education (MoE) to review disciplinary measures to maintain sanity in schools in the country.

IFEST in a statement copied to EducationWeb.com.gh commending the prospective final year students who sat for the 2021 edition of the WASSCE for School also condemned the riots and disturbances which occurred on some campuses.

“We have taken note of pockets of riots and disturbances on some campuses. Prominent amongst them is the burning of the boy’s dormitory of Nyinahin SHS in the Ashanti region. We condemn this pocket of violence,” IFEST stated.

According to Education Studies, the indiscipline in various educational institutions has graduated from the mere chanting of war songs, boycotting of dining to the attacking of invigilators, staff and destroying properties.

“These are worrying trends and needs to be nipped in the bud before they get out of hand. It has been observed that after registering for their final exams, some students tend to be very indisciplined causing series of problems,” it said.

The Institute for Education Studies (IFEST) consequently has called for a review of disciplinary measures in schools and a broader stakeholder consultation on how to maintain sanity in our schools, especially for final year students.

Meanwhile, the Ghana Police Service has attributed the limited cases of school property damaged by final year students who sat for the WASSCE to their adequate measures been put in place during and after the examination.

The Police today in a release said they engaged Authorities of various Senior High Schools (SHSs) to advise the 2021 WASSCE for School candidates on the need for them to uphold the law and rules and regulations of the school.

The Service commenting on the fire incident which occurred at Nyinahini Catholic Senior High School (SHS) in the Atwima Mponua District in the Ashanti Region on Friday said an investigation has been launched into the matter.