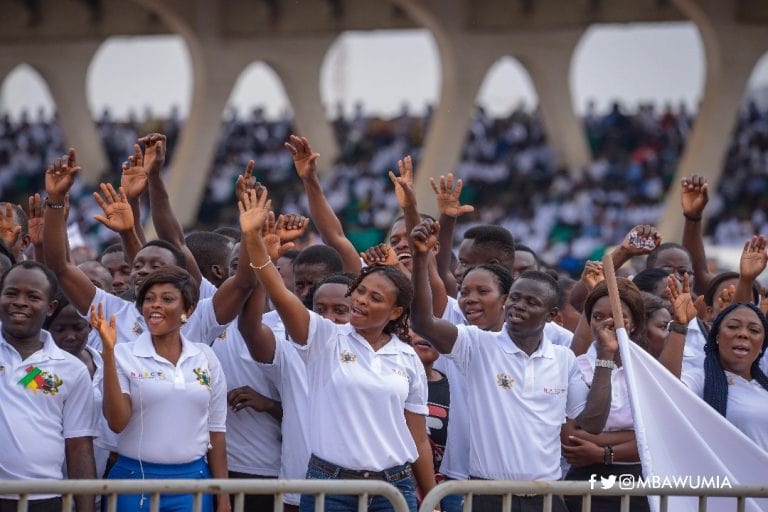 The Ministry of Chieftaincy and Religious Affairs under the auspices of the central government has directed for all Nation Builders Corps (NABCO) trainees at post to exit the service citing that the programme ended last year October.

In a statement copied to EducationWeb, the Chieftancy Minister has directed heads of agencies under him to relieve all trainees currently at post from duty since the government programme per contract ended in October 2021.

“This is to inform you that the Nation Builders Corps (NABCO) programme ended at the end of October 2021. You are kindly requested to relived all trainees of their current duties and allow them exit from the service,” the release stated.

Meanwhile, Vice President, Dr Mahamudu Bawumia last year after meeting with relevant stakeholders of the module directed for all trainees of the Builders Corps who were expected to end service in 2021 to remain at post.

A press release from the Presidency entreated all the NABCO trainees in line with their exit preparation after serving the country for 3 years to remain at post as the Management discuss plans for a permanent job.

“Following a high-level stakeholder meeting with the lead NABCO module implementation partners (MIPs) led by His Excellency the Vice-President, Dr Mahamudu Bawumia all NABCO trainees are to remain at post,” the statement said.

It continued “the NABCO Secretariate expects all trainees to continue to discharge their duties diligently and professionally at their various workplaces whilst the scheme and MIPs work towards a smooth final transition.”

The Nation Builders Corps (NABCO) Management following the directive also said a new cohort of NABCO trainees will be recruited into service to serve the nation in various sectors when the next academic year begins in 2022.

Describing the programme as successful, the Executive Director of NABCO, Ibrahim Anyars said the programme has achieved its aim of amplifying the employability profile of graduates to be legible for employment after their exit point.

“The scheme is very successful because all the schemes that we set to do and the mandates stipulated by the President has been achieved. It has been a great success for this administration,” the NABCO Director said in an interview.

“The scheme was a structured partnership and a structured learning programme to assist graduates exit with career pathways and help in their exit profiles,” Honourable Ibrahim told the host of TV3 New Day show, Berla Mundi