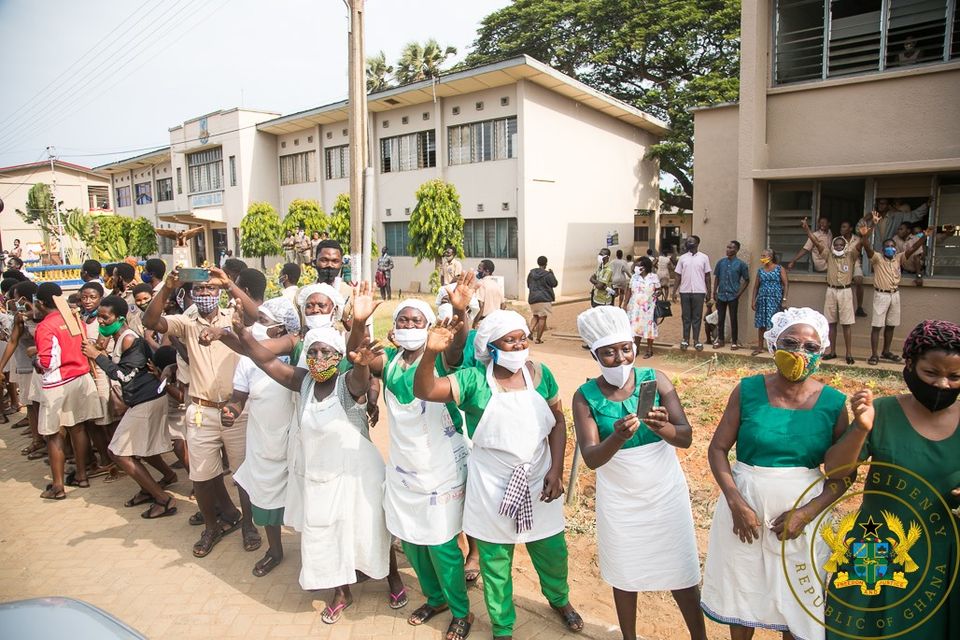 The Executive Director of Africa Education Watch has disclosed the Government of Ghana since January this year has been feeding the Free SHS beneficiaries with imported Chinese mackerel instead of the local eggs.

Speaking to the Education Think Tank, some large scale egg producers said “Senior High Schools before covid-19 were doing at least 3 eggs a week. This translated into 150,000 crates/week (about 3.6 million pieces of eggs).”

“So poultry farmers invested in more layers to sustain the demand from SHS, while it created jobs and income for many-thank you Nana Addo for creating jobs via free SHS,” a producer told Africa Education Watch.

But the Executive Director of the Watch, in a social media post sighted by Educationweb.com.gh, said the government this year contracted a company to supply imported Chinese mackerel to all Senior High Schools in Ghana.

“January this year, an order came from Accra that a certain company has been contracted by the government to supply imported Chinese mackerel to all SHSs in the country. Apparently, the company had been supplying to southern schools prior,” Mr Asare disclosed in the social media post.

According to him, the majority of the schools since school reopened are doing one egg a week, a situation he said reduced the demand for eggs by 70% leading to the shut down of poultry farms and laying off labour.