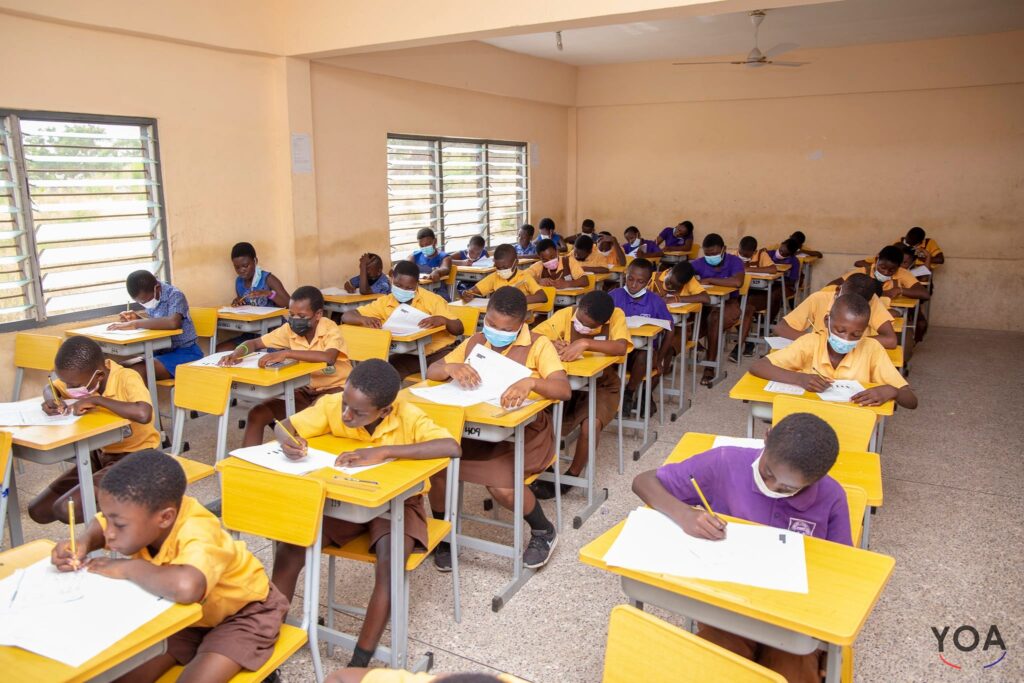 The Ghana National Council of Private Schools (GNACOPS) has described as unfair the Ministry of Education (MoE) decision to exclude private students from the partaking the maiden edition of the national standardised test last year.

Mr Enoch Kwasi Gyetuah, the Executive Director of GNACOPS in an interview monitored by EducationWeb said the their exclusion from the national test maybe a calculated attempt by the government to close down private schools.

“We don’t seem to understand the intentions of the government, whether it is intended to close down private schools in the country and if that is the inetiontion then the country education is sitting on a time bomb,” he told TV3.

According to the Private Schools Council Director, over 2 million students from various private schools across the country were excluded from the national assessment test administered by the West African Exams Council in 2021.

But, the spokesperson for the Ministry of Education, Kwasi Kwarteng explaining the exemption of basic four private school students from the test said the first edition of the national standardised examination was just a piloting exercise.

He indicated measures have been put in place by outfit and the Ghana Education Service (GES) to include private school students in the next conduct of the country’s standardised test slated for the 2023 academic year.

Dr Yaw Osei Adutwum, the Minister for Education after a successful administration of the new basic students examination last year told journalists the assessment examination will be conducted once every two years.

“The National standardised test (NST) will be administered once every two years and will provide valuable data to address learning poverty, the Member of Parliament for Bosomtwe Constituency told the media on December 17.

In a related development, Education Think Tank – Africa Education Watch has called on the Ministry of Education (MoE) to give further explanation as to why pupils in private education sector were not allowed to participate in the exams.

EduWatch in a post sighted by EducationWeb.com.gh said the exemption of private schools from the national test has denied the National Schools Inspectorate Authority (NaSIA) data on private schools literacy and numeracy.

“Do we realize we have denied the National Schools Inspectorate Authority (NaSIA) of critical national baseline data on private schools’ literacy and numeracy levels in P4?” the Education Think Tank stated in the blog post.

“NaSIA, the implementing agency for the National Pre-Tertiary Learning Assessment Framework (NPLAF) and MoE must explain why Private Schools were omitted from the National Standardized Test, contrary to (NPLAF),” it added.

The maiden edition of the national assessment examination to improve learning outcomes and reduce learning poverty was administered on Friday, December 17, 2021, for government basic four school students across the country.

A total of 470,768 primary 4 students from 15,391 public basic schools according to the Ghana Education Service (GES) on Friday, December 17, 2021, sat for the national standardised test at 2,850 examination centres nationwide.