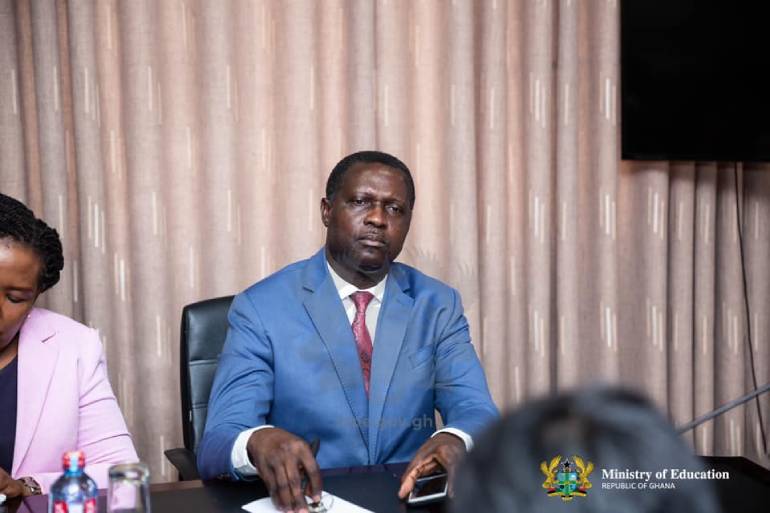 Ghana’s Education Minister, Dr. Yaw Osei Adutwum says his goal was to run for US Congress in Southern California but cut the dream after President Nana Akufo-Addo asked for his help to change Ghana’s education system.

Speaking on Citi TV Face to Face show monitored by Educationweb.com.gh, the Education Minister said he accepted Akufo-Addo’s request to return to Ghana to make an impact on the lives of millions of students in the country.

He continued that “so when Akufo-Addo visited one of my schools and asked me would you consider coming back to help me change Ghana’s education system I said yes I would consider and I truly considered.”

According to the teaching Minister, he had the belief that he could easily run for the United States Congress and win because he was a household name and well known as Dr. Yaw by the US citizens in Southern California.

“I wanted to make history but abandoned that goal after Nana Akufo-Addo requested that if I would consider coming back to Ghana to help him change the education system in Ghana,” the Bosomtwe MP stated.

The Educationist furthered that he came to Ghana on the advice of his mentor who told him America can do without him but maybe the Republic of Ghana can not do without him (Dr. Yaw Osei Adutwum).

Dr. Adutwum after serving as the Deputy Education Minister in charge of Pre-tertiary education in Akufo-Addo’s first-term government, early this year was sworn in as the country’s Minister of Education.