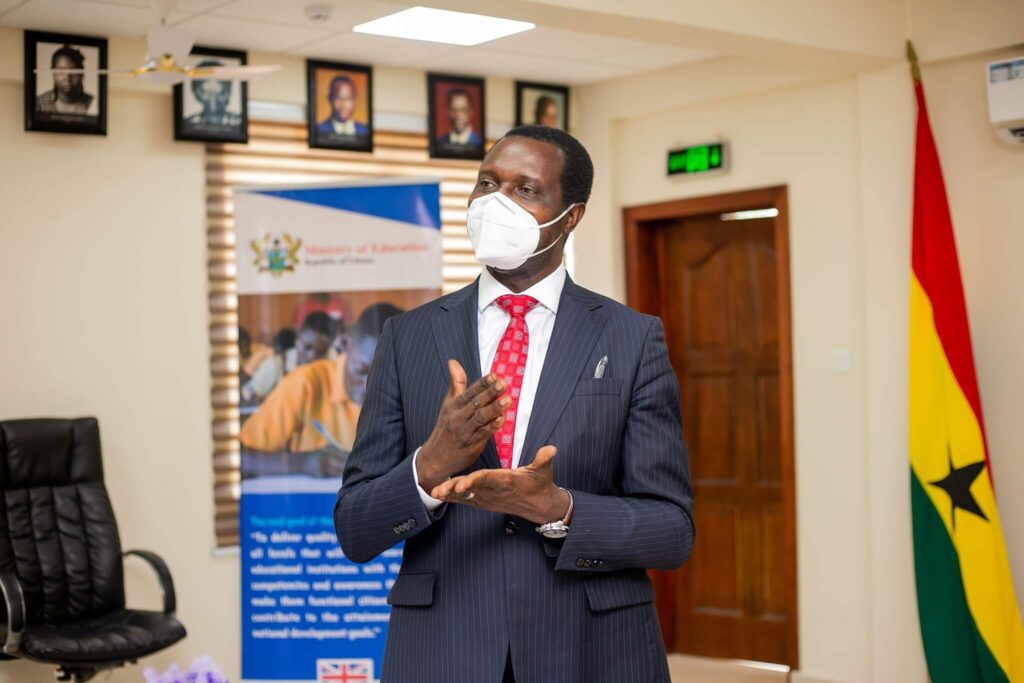 Dr Yaw Osei Adutwum, the Minister of Education says the government has put effective measures in place to pilot a secondary education structure that reflects the Cambridge education system with 10 schools in 2023 academic year.

Speaking on JoyNews Upfront show monitored by EducationWeb.com.gh, the Education Minister said the new method forms part of the government plan to improve the standard of Junior High Schools to that of Senior High Schools.

According to him, the pilot of the new education system will ensure lower secondary is not separated from the upper part citing that the current system which separates the two levels is the cause of the poor state of Junior High Schools.

And these schools don’t have science laboratories, libraries. But we still insisted with a stroke of a pen that they are high schools.

So when you talk of the President’s vision for transformation; he wants to strengthen the lower secondary. Ensure that it has similar facilities and support as high schools even though they are community-based,” Hon Adutwum stated.

The substantive Minister for Education told the host of Upfront, the Junior High Schools being constructed by the Akufo-Addo led administration will have facilities similar to that of second cycle schools to ensure quality education.

“We are going to have schools that have libraries, chemistry, physics and biology science laboratories but they are junior high schools, the Member of Parliament (MP) for Bosomtwe Constituency noted,

Dr Adutwum Monday told Accra-based Citi TV his outfit has no plans to replace the international and national examination administered by the West African Examinations Council with a diploma certificate or whatever.

His comment comes after he was asked “if when WAEC examinations are replaced students can apply for schools abroad with the new certificate? but the Minister in response said there is nothing like that is going to happen.