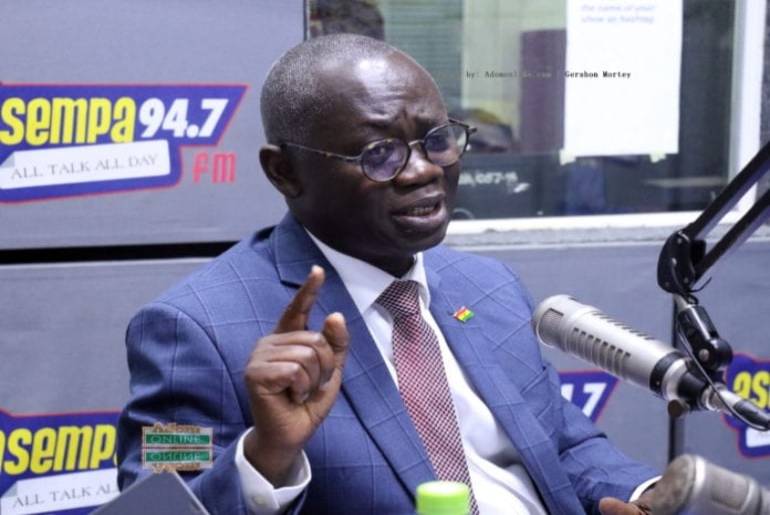 The Ghana Education Service (GES) has interdicted the headmaster of St Charles Lwanga R/C Junior High School after a boat carrying students he sent to his farm to work capsized on the River Oti causing the death of nine students.

Speaking to the media on Monday, the Director-General of GES, Prof Opoku-Amankwa said the Lawra JHS headteacher, Emmanuel Chingya has breached the GES code of conduct and will face punitive sanctions for his action.

He added “Once you have done that we are going to apply the rules and regulations to ensure that the proper thing is done. We have asked that he should be interdicted and then a committee put in place to investigate the matters.”

The GES Director indicated the Mr Chingya effective Monday November 15, 2021 has been directed to hand over the day to day administration and Management of the basic school to the District Director of Education.

Meanwhile, the Ministry of Education (MoE) following the sudden demise of the nine (9) St Charles Lwanga R/C Junior High School students has sent a word of condolence to the family of the victims saying the incident is unfortunate.

The Deputy Spokesperson for the Education Ministry, Mr Yaw Opoku Mensah on behalf of his outfit Saturday in a social media post said “nine young souls lost through drowning? What a tragedy. My condolence to the bereaved family.”

The St Charles Lwanga R/C Junior High School students numbering 31, according to local media reports were returning from their headmaster’s rice farm on Friday, November 12, 2021, when their boat capsized on the Mabor River.

Headmaster Emmanuel Chingya subsequently turned himself in and was arrested. He was arraigned before Tamale Magistrate Court on Monday and was remanded into prison custody to reappear on Monday, November 29, 2021.

Africa Education Watch following the incident involving the students of the St Charles Lwanga R/C JHS in the Saboba District of the Northern Region has called for physiological support to be provided to their families of the late.

“Africa Education Watch is saddened by media reports of the growing of 9 Junior High School students of the St Charles Lwanga R/C JHS in the Saboba District of the Northern Region,” the Education think tank said in the release.

It has therefore called on the Management of Ghana Education Service to set up and publish complaint phone lines at all GES offices to enable parents and the members of the general public to report offending staff for punitive action.