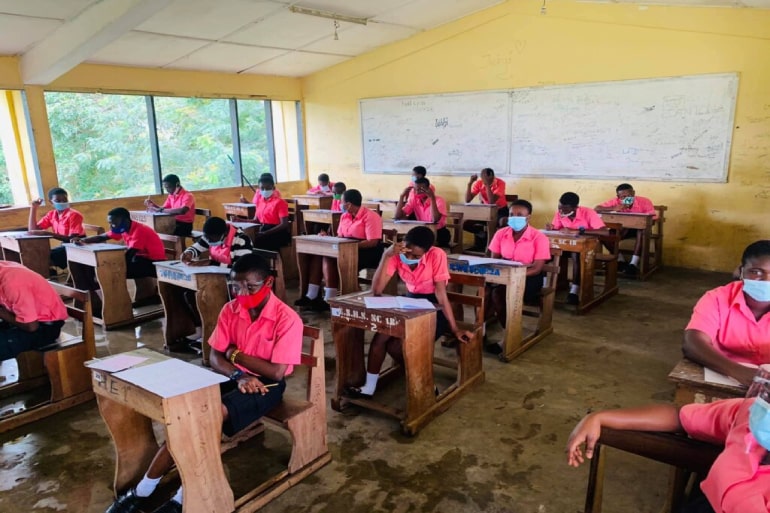 The Director-General of the Ghana Education Service (GES), Prof Kwasi Opoku-Amankwa Monday announced the 2021 BECE results release date and when school placement of candidates who sat for the BECE for School will be out.

Prof Amankwa in an interview with Accra-based United Television monitored by EducationWeb said the West African Examinations Council (WAEC) by the end of January 2022 will release the 2021 BECE for School results.

“The West African Examinations Council (WAEC) says we should expect the release of the results of candidates who sat for Basic Education Certificate Examination (BECE) last year by the end of January 2022,” he told the television station.

The Director-General said his outfit after the release of the provisional WAEC 2021 BECE results will take some two or three months to work on the Computerized School Selection and Placement System (CSSPS) of the JHS graduates.

“So after the non-profit-making organization (WAEC) has released the results online, we will take two or three months to work on the placement of the candidates before they later report to school on April 4, 2022,” Mr Opoku noted.

A total of 571,894 prospective candidates representing 28,605 males and 284,289 females from 18,028 public and private Junior High Schools (JHSs) across the country participated in the national examination at 2,158 centres.

In a related development, the spokesperson for the Ministry of Education (MoE), Kwasi Kwarteng has denied allegations indicating the double-track system has completely been abolished from government Senior High Schools.

His comment comes shortly after the Deputy Minister for Education, Reverend John Ntim Fordjour told Accra-based Okay FM the gold and green track system have been suspended for the 2022 school academic year.

The spokesman in a post sighted by EducationWeb clarified that the double-track system introduced to contain enrolment in public second cycle schools has been eliminated for first and second-year Senior High Schools.

“What it means is that all Form 1 and Form 2 students will go to school each as one cohort not divided into two. As more buildings are completed entire school populations will report to school at the same time as one cohort,” he said.